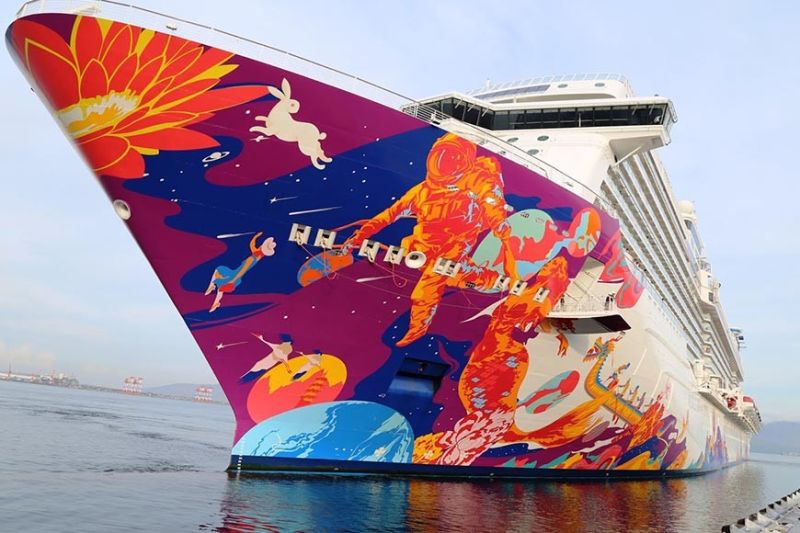 SUBIC FREEPORT -- The port call of the M/V World Dream cruise ship here Wednesday, January 29, was cancelled amid the hysteria surrounding the spread of the novel coronavirus (2019-nCoV) from China to other countries in Asia.

Eisma said some residents in Olongapo City expressed opposition to the scheduled visit on Wednesday of the cruise ship M/V World Dream because of the ongoing 2019-nCoV health emergency.

The ship arrived in Manila on Tuesday, January 28, with a total of 778 passengers, and authorities said passengers, who were seen wearing masks, were allowed to disembark around 11:30 a.m.

M/V World Dream, which is one of the frequent visitors to Subic in the last two years, usually carried more than 3,000 passengers on a trip but had reportedly skipped picking up the majority of its bookings from Guangzhou, a port city northwest of Hong Kong and located further inland, because of a government lockdown at the Wuhan area, the epicenter of the infections.

"It has been two days of tedious representations with concerned government offices and negotiations with other interested parties, but now the Subic Bay Freeport community can breathe a sigh of relief in the outcome that, we hope, is acceptable and satisfactory to all," Eisma said.

The SBMA head also thanked the residents in Subic for their vigilance and sobriety.

Eisma said the SBMA has placed the Port of Subic on heightened alert as early as January 6, after the Department of Health's Bureau of Quarantine issued an alert on the viral pneumonia that has infected people in Wuhan.

This heightened alert status covered both sea ports and airport in the Subic Bay Freeport Zone.

"This is something that affects our own community, so we have to wisely decide what's best for it," Eisma said.