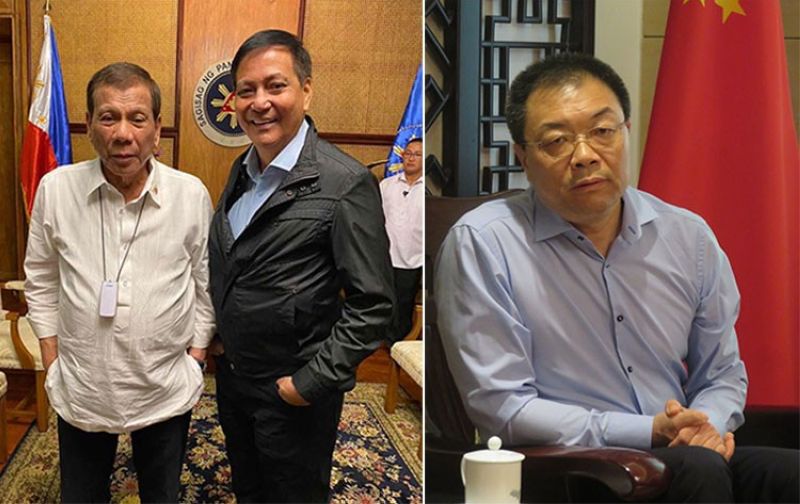 Every time the names or faces of Cebu City Vice Mayor Mike Rama and President Rodrigo Duterte appear in the news together, some people still ask, "Has the President already cleared Mike Rama on illegal drugs?"

Duterte must have already done impliedly that by endorsing him in the 2019 election campaign, along with Edgardo Labella in the Barug team. No explicit clearance, like "Mike Rama is not a drug user, coddler or trafficker. They were wrong in putting him on the list." Nothing like that. No apology too. The President raised Mike's arm during a Cebu City rally where he raised a lot of arms. But then, how can he be "cleared" when he was not charged with any crime?

A personal audience with Duterte had been repeatedly sought by VM Rama Monday and it was only last Monday (January 27) when he was finally granted his request.

But lo, the matter of being struck off the narco list was never raised. In his Facebook post, Mike said they talked about "river restoration" and the plight of sidewalk vendors.

The interesting part of the Rama-Duterte story was how he got the audience, as reported by SunStar Superbalita. Wednesday, January 29. A man, who spoke like Senator Bong Go and posed as the senator, called the vice mayor on the phone and asked for information about contractors in Cebu. At the time though, Go accompanied the president on a foreign trip, which made Mike suspicious. The VM later called up Go and confirmed that it was a con. Seeking NBI help, the VM caused the man's "arrest."

The alleged fraudster was presented to Duterte in Malacañang and Mike was present. What a way to get an audience.

There are many gaps in the story though, aside from the identity of the "con man" being withheld, such as why the person had to be presented to the President, what the aborted fraud was, if any, and why Mike had to be there.

Or was the President just interested in seeing and hearing an impersonator of Go, maybe have him take Bong's place as "gofer"? The man could be Bong Go's double, ha ha.

And the audience that Rama finally got could be some kind of a reward from Senator Bong.

Developments on the response of local Cebu leaders to the 2019 novel coronavirus (2019-nCoV), which has been raging in Wuhan and other parts of China, seem to shape the policy on the planned ban on "Chinese tourists" in Cebu.

Namely this: The mayors and the governor may recommend the ban to the Department of Health and other agencies concerned. The LGU leaders themselves may not declare the ban as they don't have the resources and capacity to enforce the ban. It would be more practical to just recommend and not assume the authority, granting it is within their power, to declare and enforce it.

The Chinese government, through its Cebu consul, is speaking out too. Slow down, study the move thoroughly, asks the consul. That position must have been relayed to the national government first, which explains why until now no ban has been formally declared yet.

It could be a government-to-government thing, which must tell LGUs to cool it.