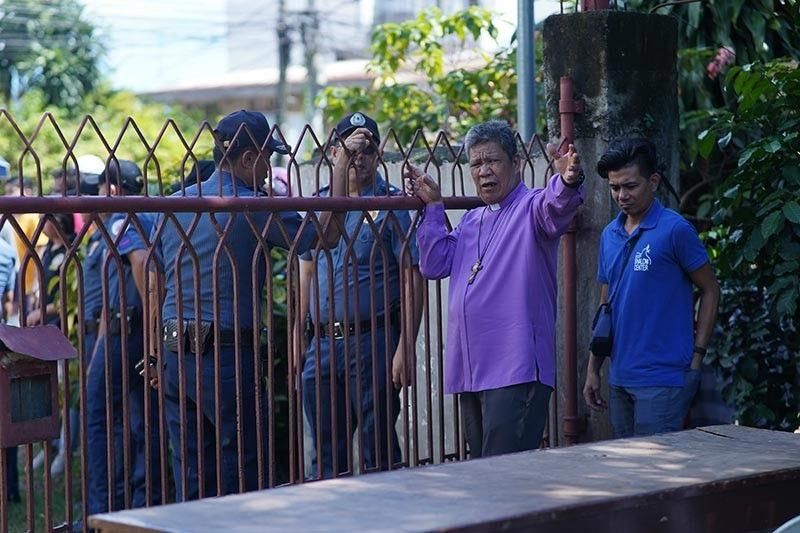 A MILITARY officer said the administrator behind the United Church of Christ in the Philippines (UCCP) Haran is hiding under the “cloak of religion” to continue their operations.

Captain Roberto Escalona, Philippine Army’s 10th Infantry Division (ID) acting Division Public Affairs Office (DPAO) chief, said Wednesday, January 29, that the issue on UCCP Haran has been around since 2015, however, to date, it is still existing despite alleged violations.

“Gina-fight gyud nato na i-vacate na sa mga IPs ang Haran but then again, they are hiding sa cloak sa religion. We know na ang practice to religion, their rights to religion dili nato pwedeng ibaliwala (We've been fighting for the IPs to vacate Haran but then again, they are hiding in the cloak of religion and we should take it nto consideration),” Escalona said.

He was delighted that the local government units (LGUs) and even the members of the Regional Peace and Order Council (Rpoc) Davao pushed for the immediate closure of the facility after citing violations.

There is also a legal implication that needs to be explored to ensure that no human rights will be violated.

Police Regional Office (PRO) Davao spokesperson Major Eudisan Gultiano clarified that the incident on Saturday at UCCP Haran was not perpetrated by paramilitary groups but by indigenous people (IP) leaders who want to bring back their family and relatives who are staying inside. However, the management did not allow them to get inside.

She added that Davao del Norte Provincial Governor Edwin Jubahib has offered assistance for the Lumad inside the Haran such as housing, financial, and livelihood. The management of Haran, however, demanded that unless they pull out the military and allow Salugpongan schools to operate, they will vacate the area.

In a statement issued Wednesday, UCCP Haran expressed their grave concern on the alleged harassment last week inside their facility which is housing around 500 Lumad. The incident is claimed to be triggered by the resolution passed by Rpoc for the closure of their facility.

“We find such resolution undoubtedly offensive against the Church and against those that advocate peace, justice, and human rights – a clear violation of the principle of separation of church and state,” UCCP Haran statement read. (JCR)