Editorial: To err on the side of caution 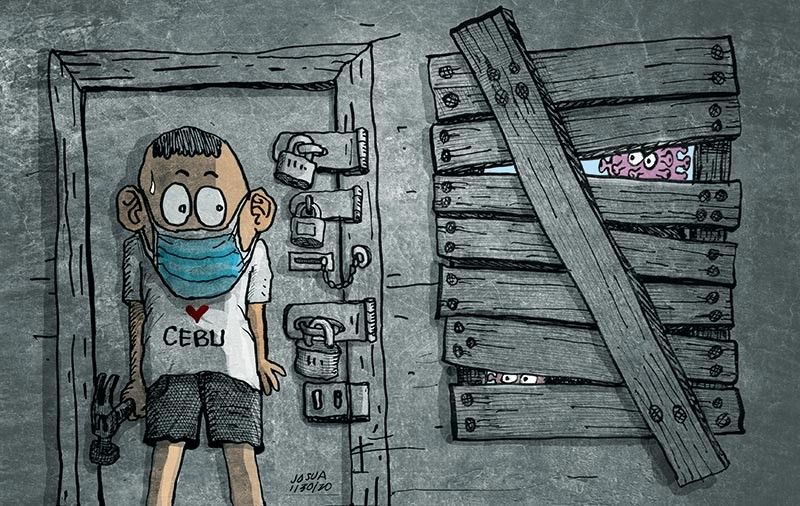 CEBU City Mayor Edgardo Labella and Lapu-Lapu City Mayor Junard “Ahong” Chan are bent on calling for a ban on the entry of Chinese tourists while the novel coronavirus (2019-nCoV) continues to infest the Chinese populace, especially in ground zero Wuhan City. They will ask the Bureau of Immigration (BI) and the Department of Health (DOH) to recommend the suspension of flights from China.

In 2019, the Department of Tourism reported a 39 percent leap in the number of Chinese arrivals, edging out Japan and the US, two of the Philippines’ biggest markets, with South Korea on top. The Chinese consulate in Cebu says that per 2019 record around 700,000 out of the 1.3 million Chinese tourists in the Philippines prefer Cebu as a destination. A ban on flights from China definitely hurts Cebu’s tourism revenue. While there is no ban yet, the Hotel, Resort and Restaurant Association of Cebu (HRRAC) already reported a 10 percent drop in the number of Chinese guests in the wake of the epidemic. Tour cancellations deeply hurt the expected influx of Chinese tourists during the Chinese New Year break.

Much of the opposition to the two mayors’ plan comes from the position that a ban on Chinese flights could be an overreaction, citing that even Germany and Japan, which already have confirmed cases of the 2019-nCoV, are not banning Chinese tourists.

Chinese Consul General in Cebu Jia Li says a ban on Chinese arrivals may not be necessary, considering that the Chinese Government had already suspended outgoing group tours.

Meanwhile, at the Mactan-Cebu International Airport, the Bureau of Quarantine (BoQ) had already sent out declaration cards to the airlines since Tuesday, Jan. 28. Passengers of flights to and from mainland China, Hong Kong and Macau are required to fill out the health cards.

BoQ 7 Chief Terence Anthony Bermejo said the health cards must contain the tourist’s name, flight number, name of hotel where the tourist will be staying at, and countries where he had worked, visited and transited in the last 30 days. Once out of the airport, the DOH takes over in the monitoring of these tourists.

Although we think it’s a tricky balance between not hurting tourism and ensuring public health, it may help if the public gets the assurance from concerned agencies that they are on top of the situation. We’ve had the precedent in the case of the Taal eruption when business interests clashed with the cautionary position of the Philippine Institute of Volcanology and Seismology.

It is still much cheaper to err on the side of caution than burning our resources later should an epidemic blow up on our faces.