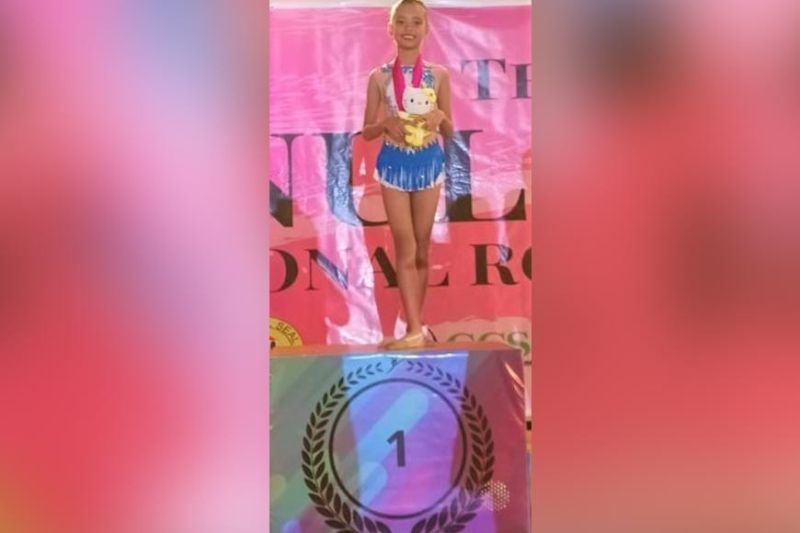 Pillo, a 6th Grader of Sum-ag Elementary School and who suited for then Pink ‘N Blue RG, is among the nearly a hundred gymnasts from the 17 clubs in the country who competed in this prestigious event.

The young Pillo, who will also represent Negros Occidental in the upcoming Western Visayas Regional Athletic Association Meet in Aklan next month, ruled the Pre Junior A Ball category by scoring 10.025 as Butuan RG’s Breccia Odtojan place second with 9.75 followed by Zchielorrae Cerezo of SDGC (9.72) and Shekinah Sabio of Tagum RG (9.7).

However, Pillo unable to sustain her dominance after she fell to second place in the Pre Juniors A Rope division with 10.725. Odtojan prevailed in the division with 11.05 while Hannag Goc-ong of AC RG settled for 9.95.

Pillo further dropped to third place in the Pre Juniors A Ribbon after garnering 9.15 while Odtojan reigned with 10.325 as Sabio settled for second place with 9.275.

The Bacoleña gymnast also finished silver in the Individual All-Around and 5th place in the freehand category.