Many barangays not practicing waste management 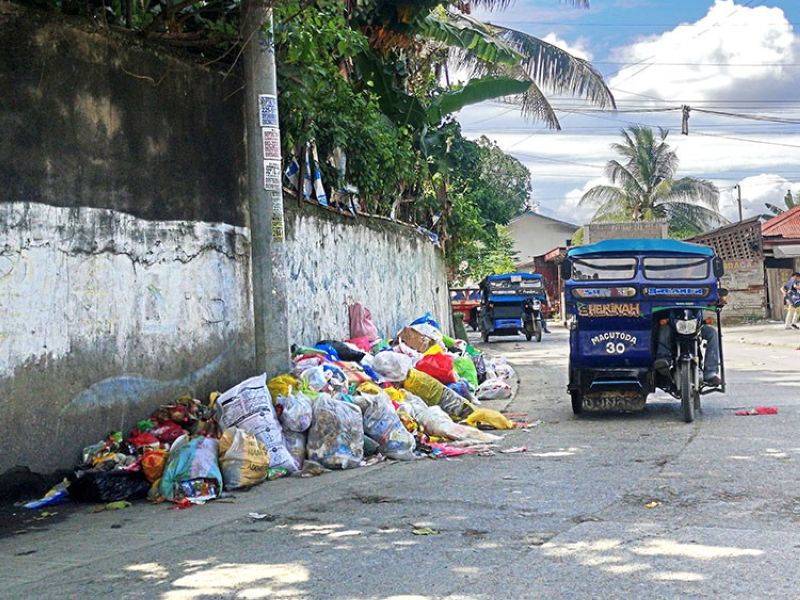 A DAVAO City councilor is questioning why some barangays in the city are not compliant with the Ecological Solid Waste Management ordinance.

Councilor Diosdado Mahipus Jr., during the privilege hour of the 19th City Council on Tuesday, January 28, said out of the 182 barangays, only five barangays have material recovery facility (MRF). These are Barangays Hizon, Gumalang, Mahayag, Tacunan, and Catalunan Grande.

Under the 2009 ordinance, MRFs are intended to promote recycling and segregation of waste to curb expenses for trash hauling fees.

"The constant reason they espouse is that they lack resources or areas for MRF," Mahipus said, who chairs the committee on environment.

He, however, said the law does not require that each barangay should have an individual MRF. Hence, he said they "can cluster themselves" in forming a clustered MRF.

Councilor Edgar Ibuyan Jr., who is a former barangay captain, lauded the five model barangays, which were named by the environmental group Interfacing Development Interventions for Sustainability (Idis) in a previous report.

Ibuyan, in his speech, also raised the non-compliance of the barangays in some of the ordinance's provision.

He cited Idis' report that some far-flung barangays do not observe proper waste managememt. He added these areas do not have an MRF and garbage trucks from the City Environment and Natural Resources Office (Cenro) could reach the area to collect the garbage.

Mahipus, meanwhile, called out Cenro to visit every barangay and talk to its officials to discuss the immediate creation of its respective MRF.

"Because the city badly needs intervention with regard to solid waste managaement. We cannot go on growing as a city with the growing garbage problem and yet the people in the grass roots will still continue to fail in complying our environmental laws," Mahipus said.

In a previous data, Cenro reported that the city is producing 400 to 600 tons of wastes per day.

Ibuyan said 30 percent of the garbage in the city is not collected from the households.

He added these are assumed to have been thrown anywhere or burned.

However, he said the barangays should not be "totally" blamed for the situation since the increasing number of garbage in the city is brought about by the progressing economy and population.