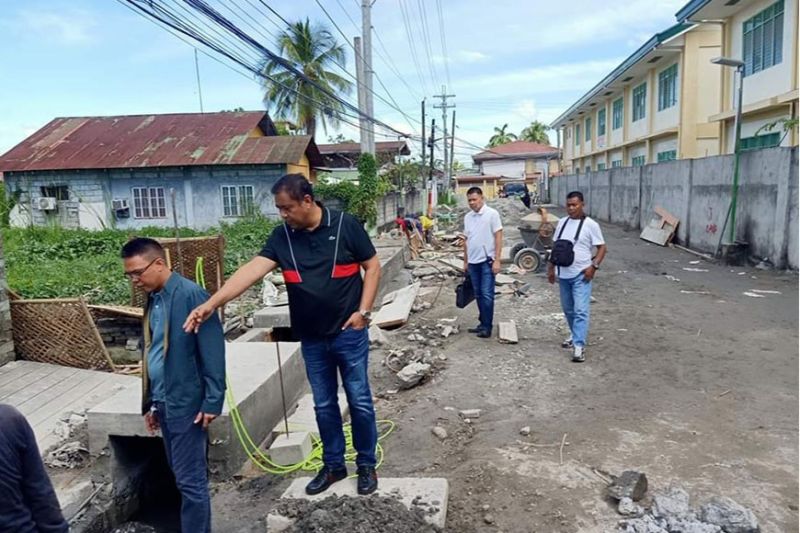 A ONE-KILOMETER road in Barangay Sto. Niño, Masantol town is considered a vital access for residents going from the town plaza to the public market and coastal barangays.

However, the said road network becomes impassable to light vehicles for almost half of the year for the past several years as it is usually submerged in up to three feet of stagnant floodwater.

This year, Masantoleños can expect a better situation as the local government unit (LGU) started the upgrading and concreting of the infrastructure ahead of the expected rainy season.

According to Mayor Danilo Guintu, the project is funded through the collaboration of the Department of Interior and Local Government (DILG), Fourth District Representative Juan Pablo “Rimpy” Bondoc and the LGU.

He disclosed that the DILG awarded P10 million to the municipality for the project while Bondoc and the LGU allocated P5-million each.

“All of the roads around the Metro Plaza have already been upgraded but this portion was left out so during rainy season, flood is confined in there so we looked for funding to immediately address the problem and make the area accessible to the public year-round,” Guintu said.

Once finished, the mayor said a boost in the economic activity can be expected as the activities in the public market will not be disrupted.

Guintu expressed gratitude to the DILG and Bondoc for their continued support to the programs that will help uplift the lives of Masantoleños.