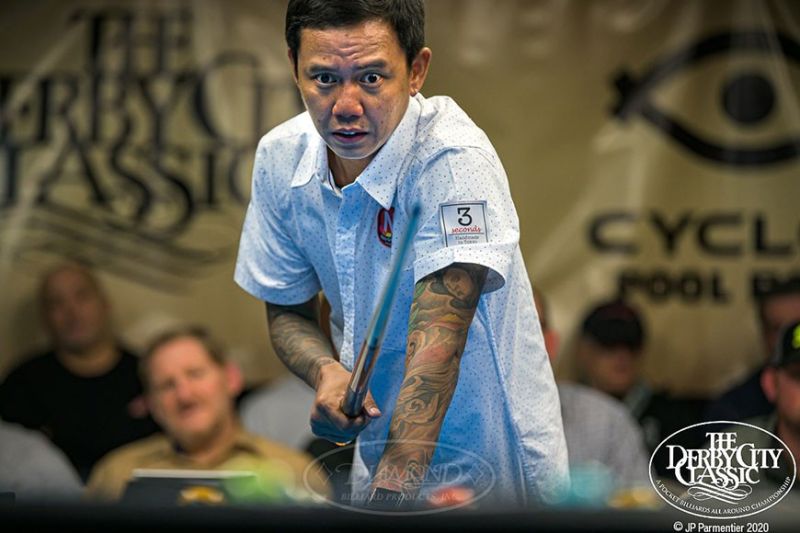 The 40-year-old Corteza, who hails from Mintal, bowed to World No. 7 Jayson Shaw of Great Britain, 5-11, in their recently-concluded championship match.

Corteza, who is already based in Metro Manila, earlier dismantled James Aranas, 11-7, before eking out an 11-9 upset victory over World No. 2 Joshua Filler of Germany.

In the semifinals, the Dabawenyo escaped past World No. 8 Filipino-Canadian Alex Pagulayan, 11-10, to arrange a titular showdown with Shaw who also survived an 11-10 thriller over Filipino Francisco “Django” Bustamante.

On her Facebook post, Corteza’s wife Gelia of Panabo City wrote, “Congrats on your runner-up win Lee Vann Corteza! We are very proud of you! We love you.”

Corteza, who has collected several medals in the Southeast Asian Games for the Philippines in the past, was also a 2018 Japan Open champion, bottleneck.net 77th World 14.1 Tournament titlist after shocking four-time champion Thorsten Hohmann of Germany, 2017 US Open Straightpool Championship champion, and 2013 888.com World Cup of Pool champion with good friend Dennis Orcollo of Bislig, Surigao del Sur.