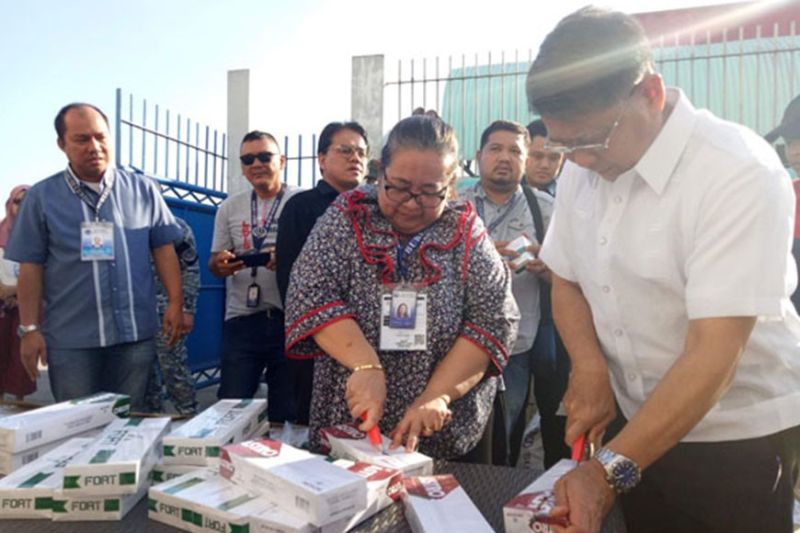 ALERTED troops of the Philippine Marines and Philippine Coast Guard have intercepted a shipment of more than P2.6 million worth of smuggled cigarettes and sugar at the port of Zamboanga.

Guerrero said the seized cargo consisted of 95 master cases of smuggled cigarettes with an estimated worth of P2.6 million and 10 sacks of sugar valued at P20,000.

The seized smuggled goods were turned over to the BOC-Zamboanga District Office for proper disposition, which in turn presented the contraband to Guerrero, during his stopover en route to Manila coming from Bongao, Tawi-Tawi.

Guerrero attended a public consultation on the Proposed Memorandum Circular on Maritime Safety and Security Requirements in the town of Bongao. (SunStar Zamboanga)