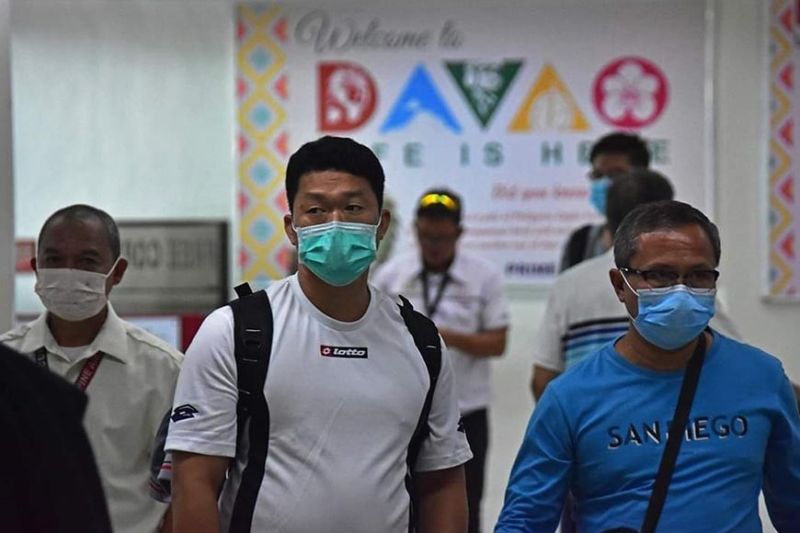 #SunStarLens MASKED UP. Passengers from Manila wait for their baggage at the carousel area inside Francisco Bangoy International Airport in Davao City yesterday. Almost all of the departing and arriving passengers at the airport are now wearing masks following the first confirmed 2019 novel coronavirus case in Manila on Thursday. (MACKY LIM)

INFLUX of Chinese tourists is expected to decline in Davao City, according to an official following the declaration of the first confirmed 2019 novel coronavirus (2019-nCoV) case in the country.

City Tourism Operations Office (CTOO) head Generose Tecson on Friday, January 31, said they are expecting a decline of Chinese nationals visiting the city during the start of the year after some parts of China are affected with the widespread of the virus.

Although she did not a target figure, but she said the number might not exceed last year’s count following the lockdown of Wuhan in Hubei province of China, and the suspension of some direct flights to China.

The tourism official said that the city is taking “pro-active” measures to ensure that the tourism in the city will not be affected with the threat of the virus.

The Department of Health (DOH), on Thursday, January 30, confirmed the country’s first 2019-nCoV case. The agency identified it as a 38-year-old Chinese woman from Wuhan, who arrived in Cebu via Hong Kong last January 21, and traveled to Dumaguete City before flying to Manila on January 25. The patient is currently confined at San Lazaro Hospital.

President Rodrigo Duterte, on Friday, ordered the temporary stoppage of the entry of all Chinese nationals from China’s Hubei province, where Wuhan — epicenter of the novel coronavirus or 2019-nCoV — is located.

Tecson said they already had a meeting with the tourism stakeholders, wherein precautionary steps will be made to protect the industry.

Bureau of Quarantine - Davao Region (BOQ-Davao) quarantine medical officer Dr. Wilson Lim said even though both the national and local government has not yet imposed a total ban on all Chinese tourist, he said there were already a slight decrease of their entry in the city following the outbreak.

In a meeting with some representatives from the security and the health offices, Lim said they had already discussed preventive measures to ensure that the virus will not enter the city premises.

Meanwhile, he said they will be monitoring the arrival of Dabawenyos and tourists from Hong Kong.

He added that they also upgraded the health declaration checklists given to the passengers, wherein vital details such as the passenger’s name, home address, country of origin, and symptoms the passenger felt during the flight.

Civil Aviation Authority of the Philippines-Davao (Caap-Davao) airport manager Rex Obcena, meanwhile, said they also crafted some proposals that they would endorse to the city government should the virus enter the city.

“The meeting output aimed to give the input for the local city government to arrive at an informed decision on the other posibilities of the other restriction to impose by the city, which is beyond the mandate of our office,” Obcena said.

He said the airport will be adopting security protocols issued by DOH and the City Health Office. (RGL)