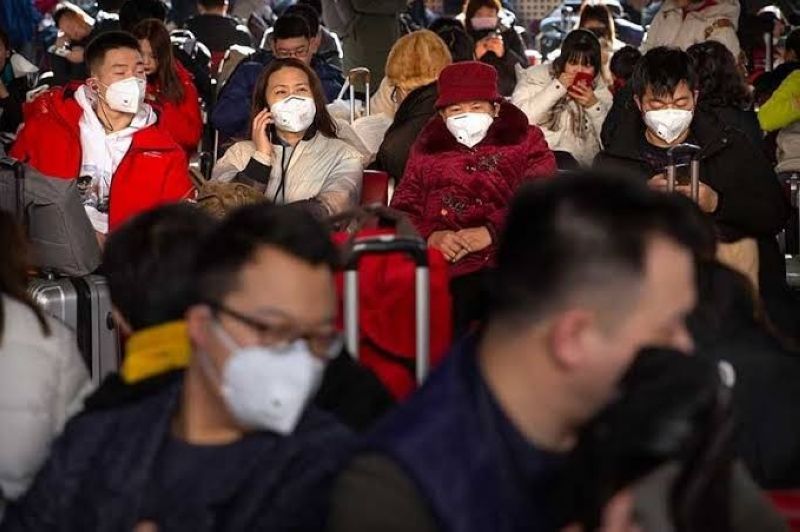 He was the second confirmed case of the 2019-nCoV ARD in the Philippines and the first known death of someone with the virus outside of China.

"This is the first reported (mortality) outside China. However, we need to take into mind that this is not a locally acquired case. This patient came from the epicenter of the outbreak: Wuhan, China, where there have been very large number of cases," said World Health Organization (WHO) Country Representative Dr. Rabindra Abeyasinghe.

The WHO Philippines said the fatality was a close contact of the first confirmed case in the country.

“They are both confirmed residents from Wuhan, China. He experienced symptoms of fever, cough and sore throat before being admitted at the San Lazaro Hospital,” WHO Philippines said on its Facebook post.

The Department of Health (DOH) did not confirm whether the second case was infected by the 38-year-old Chinese woman, the country's first positive case of 2019-nCoV ARD.

The couple arrived in the Philippines from Wuhan, China via Hong Kong last January 21, 2020 and sought medical consultation on January 25.

Duque said the fatality had "mixed infections" aside from the novel coronavirus.

"We should mention that in this patient (second case), meron din siyang mixed pathogens. I would say, mixed infection due to Influenza D, so meron na halu-halu na mga pathogens o mga sanhi," he said.

"Over the course of the patient’s admission, he developed severe pneumonia due to viral and bacterial infections (S. pneumoniae and Influenza B). In his last few days, the patient was stable and showed signs of improvement, however, the condition of the patient deteriorated within his last 24 hours resulting in his demise," he added.

Duque said they are now in close coordination with the Chinese Embassy in the Philippines over the remains of the deceased patient.

“We are currently working with the Chinese Embassy to ensure the dignified management of the remains according to national and international standards to contain the disease,” he said.

He also said that the DOH Epidemiology Bureau is already in the midst of conducting contact tracing of passengers aboard the flights of the two positive cases.

Similarly, Duque said contact tracing activities are also ongoing in Cebu and Dumaguete, and in other places where the patients stayed and traveled to.

The agency said President Rodrigo Duterte has approved its recommendation based on the declaration of public health emergency by the WHO.

"The virus has escalated. The WHO last Friday declare a public health emergency as international concern... and so the President bear in mind the protection of the people and approved the recommendation of the task force of the China-wide ban," Duque said.

As of 10:40 a.m., Sunday, February 2, the DOH reported 36 patients under investigation (PUIs) in the Philippines.

Of the 36, two patients were confirmed positive for 2019-nCoV ARD and four are still under investigation, while the remaining 30 were found negative of the infectious disease.

Health officials said of the 30 negative patients, 10 were already discharged.

The health department assured strict implementation of the travel ban in various ports around the country in coordination with the Bureau of Immigration, Department of Foreign Affairs and other concerned agencies.

Duque emphasized the importance of proper hand washing and cough etiquette as effective prevention, not only against the 2019-nCoV ARD but also from other viruses.

(It is not just about the coronavirus, but also other kinds of infection, so let us practice health precautions, strengthen our resistance (from illnesses), strengthen our immune system especially for elders, they are our priority in providing care and health needs.) (NJN/LMY/HDT/SunStar Philippines)