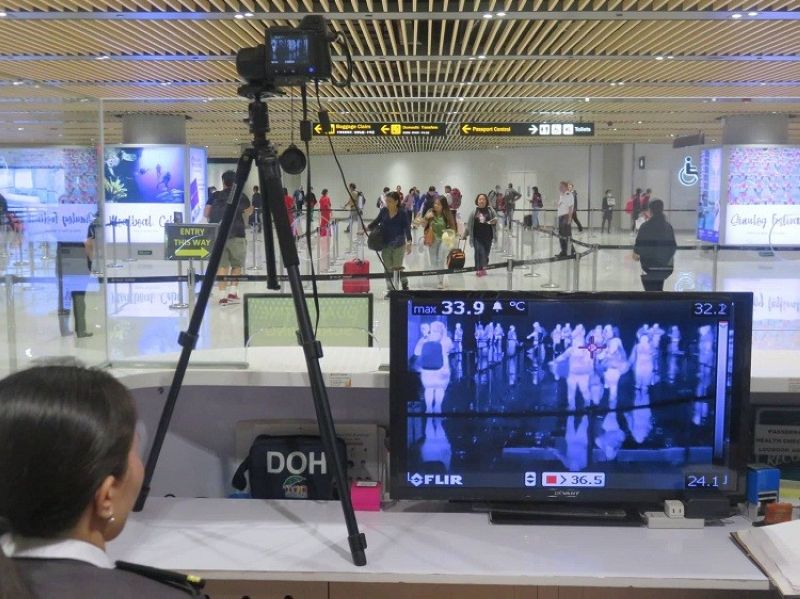 AMID the threat of the 2019-novel coronavirus acute respiratory disease (2019-nCoV ARD), President Rodrigo Duterte expanded Sunday, February 2, 2020, the temporary travel ban covering all tourists coming from Hubei in China to include mainland China and its special administrative regions.

Presidential Spokesperson Salvador Panelo said the ban is for any nationality, except Filipinos coming directly from China and its special administrative regions Hong Kong and Macau.

"We assure the Filipino people that the directives issued by the President, as well as the protocols being implemented as well as succeeding ones are all geared for the safety of our countrymen and will last until the danger of the dreaded disease has ceased," Panelo said.

In a statement, Executive Secretary Salvador Medialdea said the Inter-agency Task Force for the Management of Emerging Infectious Diseases approved and recommended the adoption of guidelines for the management of the 2019-nCoV ARD situation.

The approved recommendation temporarily bans the entry of any person, regardless of nationality, except Filipino citizens and holders of Permanent Resident Visa issued by the Philippine Government, directly coming from China and its special administrative regions.

It also mandates a 14-day quarantine for Filipinos and Permanent Resident Visa holders coming from any place in China, Hong Kong and Macau.

Duterte also approved the ban on Filipinos from travel to these countries, and the establishment of a repatriation and quarantine facility.

Panelo reminded the public to practice personal hygiene such as regular handwashing and wearing surgical masks when going to crowded areas.

On Sunday, February 2, the World Health Organization and the Department of Health confirmed that a 44-year-old man confined in a hospital in Manila had died due to 2019-nCoV ARD.

He was the second confirmed case of the 2019-nCoV ARD in the Philippines and the first known death of someone with the virus outside of China. (JGS)