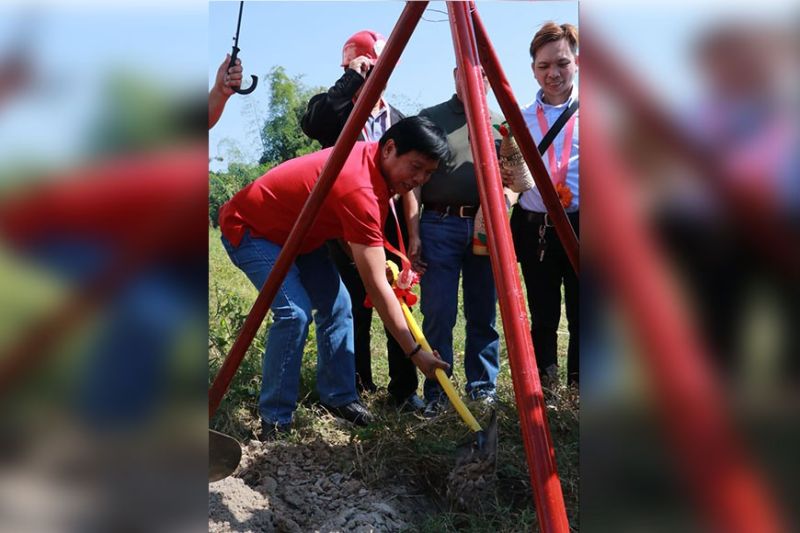 SAN SIMON -- An evacuation center and an access road amounting to over P11-million are set to be constructed inside a three-hectare local government center in Barangay Sto. Niño.

The Department of Interior and Local Government (DILG) downloaded a total of P11,058,000 funds for the construction of the said projects as part of Performance Challenge Fund and Assistance to Municipalities grant.

Mayor Abundio "Jun" Punsalan, Jr., who led Friday's groundbreaking ceremony on January 31, said the evacuation center amounting to P7.5-million is a single-storey facility that can accommodate up to 50 families.

The facility will have bathrooms, breastfeeding rooms and laundry areas for the comfort of the families, Punsalan said.

"Since San Simon is a flood-prone area, we prioritized the construction of an evacuation center that safely house residents during times of disaster," he said.

The access road project, which amounts to P4.058 million, is constructed inside the local government center where the evacuation center and several public offices such as the soon-to-open dialysis center, soon-to-rise municipal hospital, and training and rehabilitation centers are located.

Punsalan said the road is part of the continuous development of the local government center which will become an extension of the municipal hall.

Municipal Local Government Officer Magdalena Yonzon, for her part, said that the DILG will be closely monitoring the progress of the said projects to ensure that they will be finished on time.

"The local government and contractor committed to finish the projects before the year ends. If they cannot deliver, necessary penalties will be imposed as assured by the mayor," she said.

The Sta. Monica bridge serves as an alternate route from the McArthur Highway going to North Luzon Expressway and Quezon Road, while the San Jose road is a vital access way going to the town's public market and plaza, and the Manabak road in Barangay San Pedro is also an alternative way going to the riverside villages.

Punsalan said he is prioritizing the construction of road network to link all villages and provide an easy travel to the locals.