Sinophobia ‘on the rise’ globally 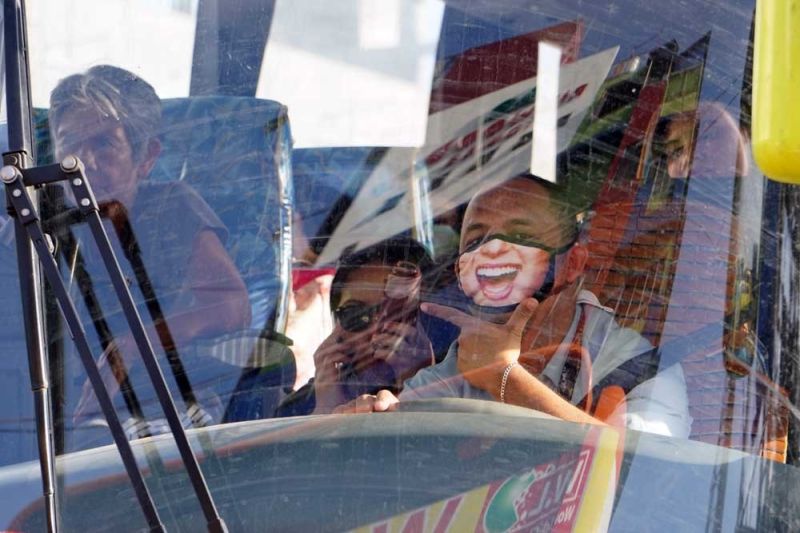 FASHION STATEMENT. With surgical masks in short supply, a public utility bus driver puts on a whimsical face covering that hides what he really thinks about the 2019 novel coronavirus acute respiratory disease that has already claimed one life in the country. (SUNSTAR FOTO / ALEX BADAYOS)

A NEW virus from mainland China is spreading around the world, fanning anti-Chinese sentiments with calls for a full travel ban on Chinese visitors, among others.

Restaurants in South Korea, Japan, Hong Kong and Vietnam have refused to accept mainland Chinese customers. Indonesians marched to a hotel and called on Chinese guests there to leave. French and Australian newspapers face criticism for racist headlines. Chinese and other Asians in Europe, the US, Asia and the Pacific complain of racism.

In Cebu on Sunday afternoon, Feb. 2, 2020, a netizen posted on Facebook photos of nine foreign nationals (five men and four women), insinuating that they were being mistreated.

“Ingon ani mo treat ang mga Cebuano sa mga Chinese (Is this how Cebuanos treat Chinese nationals)?” read the caption of the photos, which gathered 1,800 reactions and were shared more than 4,500 times as of 4:25 p.m. However, the photos could no longer be seen past 5 p.m.

The foreigners were sitting on wooden benches inside the Fuente Osmeña Circle in uptown Cebu City. Most of them wore surgical masks.

Superbalita Cebu went to the area to verify if they were from mainland China. A woman in the group refused to divulge their nationality, saying their privacy must be respected.

The woman said they had checked out of their hotel and were waiting for their ride to the airport.

“We should give them respect because in the same manner, if it will happen to us, we don’t want to be subjects of ridicule,” she said in a mix of Cebuano and English.

Growing anti-Chinese sentiments came about as a powerful Beijing bolsters its global influence. China’s rise has caused trade, political and diplomatic disputes with many countries.

But with rising fear of the 2019 novel coronavirus acute respiratory disease that is said to have originated from Wuhan City in Hubei province has come a more acute anti-Chinese and, in some cases, anti-Asian backlash.

The virus has deepened anti-Chinese sentiment in Hong Kong, where months of street protests against Beijing’s influence roiled the semi-autonomous Chinese city.

“We want to live longer. We want to safeguard local customers. Please excuse us,” the restaurant said on Facebook.

In Japan, many Japanese have taken to social media to call for a travel ban for the Chinese visitors amid worries they’ll come to Japan for virus-related treatments.

More than 650,000 South Koreans have signed an online petition filed with their government calling for a temporary ban on Chinese visitors.

In Malaysia, an online petition was signed by more than 400,000 Malaysians calling for a ban on Chinese travelers and urging their government to “save our family and our children.”

Several hundred residents in the Indonesian tourist city of Bukittinggi marched to the Novotel Hotel, where some 170 Chinese tourists were staying to protest their presence in the country.