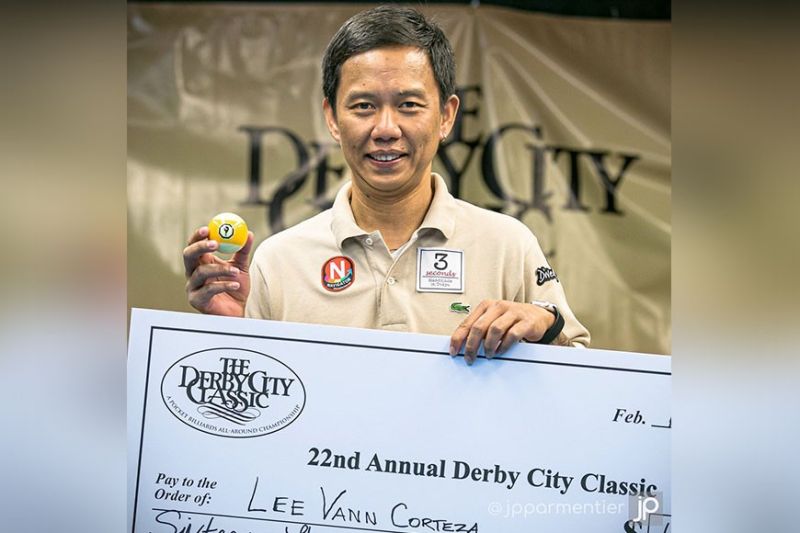 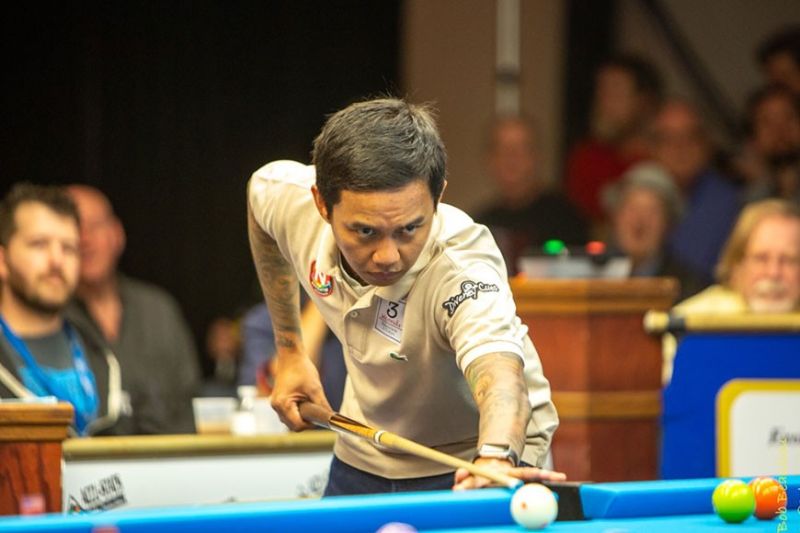 Corteza, who just finished runner-up in the Derby City Classic Big Foot 10-Ball Challenge a few days ago also at the same venue, added a feather on his cap by demolishing Filler, 11-4, in their championship match.

The 40-year-old Dabawenyo pool master from Mintal received the champion’s purse of US$16,000 for his feat, on top of the US$8,000 he claimed for finishing second to World No. 7 Jason Shaw of Great Britain in the Big Foot 10-Ball Challenge.

“I knew that you would surely make it! You have worked really hard and deserve that!!! Congratulations! We love you and we are very proud of you,” Gelia, of Panabo City, wrote.

The couple has been blessed with two children, Lee Vann, Jr. and Geleea Vann Kisha.

However, Corteza continues to chase his first solo world title despite already having a decorated billiards career. The closest to achieving his dream was the runner-up finish in the 2010 World 10-Ball Championship although he had won the 2013 World Cup of Pool Championship for the Philippines with teammate Dennis Orcollo in London.

THE school dropout from Mintal became the big name that he is now in the world of pool after he got his hands with a cue stick at age 13. He quit school not due to financial constraints, as his father is an engineer, but the thrill of winning small money games got the better of him.

From Mintal, he then made his way to downtown Davao City and competed in tournaments and won.

Ben Carusos, then the president of the Davao Billiard Association, brought him to Manila as his new discovered talent.

In a past interview for SunStar’s Davao Yearbook, Corteza said, “I was very passionate about billiards. Mr. Carusos knew the Manila scene well and knew that we could earn some fast money in the big city where nobody have ever seen me play. That’s when I dropped out of school and decided to stay in Manila.”

He then practiced 10 hours a day, playing non-stop money games. He became so immersed in the game that he never contacted his parents back home. It was only after two years that he decided to visit them.

His incredible talent convinced the Billiards and Snooker Congress of the Philippines to give him a slot in the 1998 Asian Games-bound national team. He again played for flag and country in the 1999 Southeast Asian (SEA) Games where he clinched the 8-ball and 9-ball gold medals. He continued to make his presence felt in the billiards scene the next few years. Long-time pool patron Aristeo Puyat briefly managed him and got him into the most prestigious billiards spectacle World Pool Championship in 2002 and 2003 where he landed 33rd and 17th, respectively.

In 2004, he emerged champion in the Manila leg of the San Miguel Beer Asian 9-Ball Tour then he topped the Philippine National Championships in Manila and the 2007 Turning Stone Classic tournament in the U.S. A year later, he finished seventh in the 2008 U.S. Open.

The year 2009 was his break out year having emerged champion in the 10-ball challenge and placing second in the main 9-Ball event.