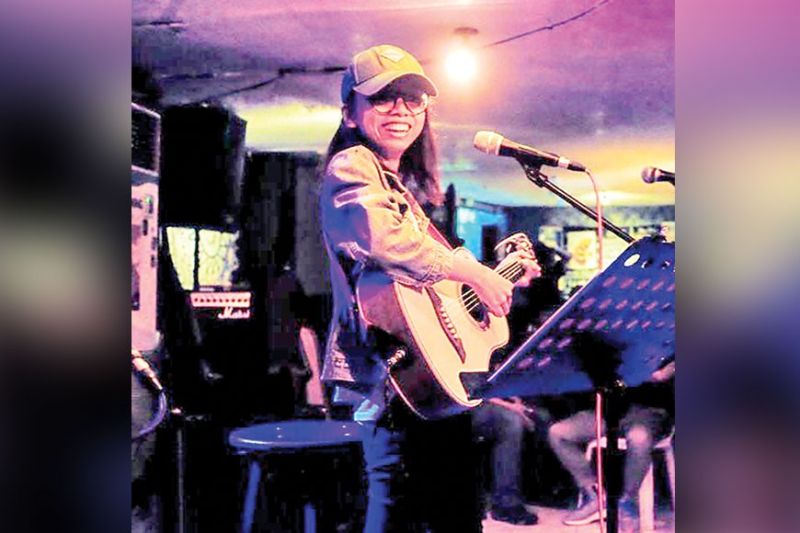 A.M. speaks about a person’s desire to be with his or her romantic interest and how he or she imagines they meet every midnight.

Sherwin Fugoso from Jabonga, Agusan del Norte won 1st runner-up with his song titled #Buang and interpreted by Cebuana singer-songwriter Jewel Villaflores which speaks about the crazy things one can do when in love.

Marckenny Joshua Bohol from Iligan City received P25,000 and a trophy for placing 2nd runner-up in the competition with his heartbreaking song titled Tethered.

The winners contend with the seven more songs written and performed by music artists in Mindanao including Bahala Na and Sabihin Mo Lang both by Crissia Jenn Kaamiño of Medina, Misamis Oriental; Bulawan by Miggy Ann Kaamiño of Medina Misamis Oriental; Rason by Kent Charcos of Davao City; Sayaw by Marvin Asis of Davao City; Balay by Kenneth and Adam Niel Corvera of Tubay, Agusan del Norte; and Filters by Sarah Faye Dulaca of Davao City.

The Top 10 finalists emerged from thousands of aspirants of the festivals from all over Mindanao.

The festival is one of the highlights of the MinPop 2020 movement which aims to gather a community of music artists in Mindanao and contribute to the music scene in the country.

National Artist for Music 2018 Ryan Cayabyab, who is also one of the judges in the competition, observed a receptive Dabawenyo crowd throughout the live performances.

During the awarding, he said he has never seen a crowd that reacts to every line of the song especially the “hugot” ones.