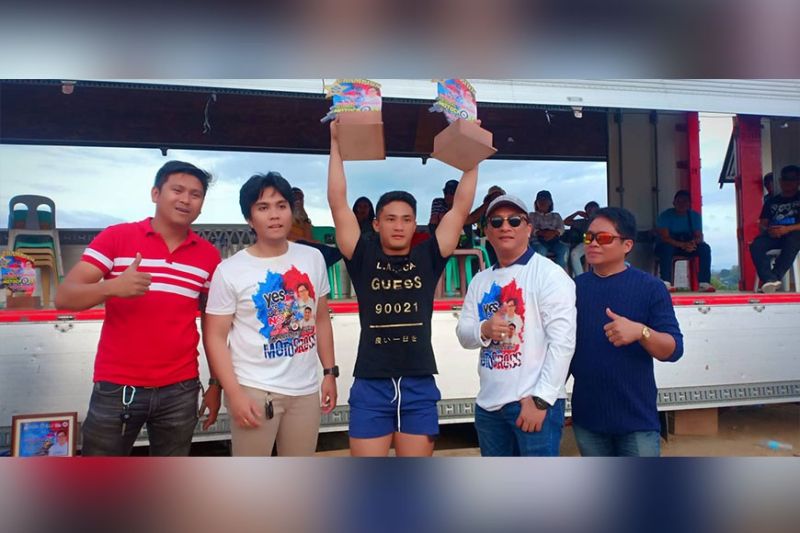 PHILIPPINE motocross icon Anthony Glenn Aguilar did not disappoint, and even happy to see a bunch of competitors from young generation ready to fill his shoes.

Aguilar reigned supreme on Day One action for the flat track riders, taking both the Expert and Pro-Expert titles before more than 5,000 spectators who came in droves from all over Northern Mindanao region.

But on the final day of the national motocross events, the many-time Philippine champion Aguilar was overshadowed by worthy conquerors young enough to be called his son. Comfortably negotiating what seen as the largest and widest race tracks in Mindanao being set-up right in a 10-hectare property of Johndorf, 19-year-old daredevil Terrence Pierce Napat from M'lang, North Cotabato rode like no other as he lorded it over in the Pro-Open and Expert Open categories wherein Aguilar could only manage to land at second and third, respectively.

Jules Bandigan of Mati, Davao del Norte claimed the third place in Pro-Open, while sentimental favorite Randel "Rai-Rai" Bait-it of Lantapan, Bukidnon settled for the second prize honor in the Expert Open. This, as 16-year-old Niño Mañacap of Davao City displayed a devil-may-care stunt of his own in hurdling the Inter-Open challenge obstacle at the expense of Jaime "Beng" Dablo of Pagadian and Jeven Lagrada of Agusan who finished at second and third places.

In his prime, Aguilar was the "Michael Jordan" of PH motocross for over three decades-long domination.

As Aguilar's eventual successor, the youthful Napat attributed his swagger, guts and bravery over the dangerous mounds of dirt and dust to his longtime idol since childhood.

"I saw him (Aguilar) compete in my hometown (M'lang) when I'm still a kid. I was marked for life that I started riding a bike at the age of six," said Napat, who skipped racing on the opening day, saying the flat track rigors might cause damage to his motorbike.

Accompanied by his 61-year-old auntie in Barangay Gusa resident Neneng Bano, Napat said being a competitive rider runs in the family's bloodline.

"My uncles are also into motocross sport. In fact, auntie Neneng also knows how to ride," added Napat, who studied Marketing at the University of the Immaculate Conception (UIC) in Davao City.

The two-day motocross was more than a success to Mohon village chair Francis Jerson Sabio, who facilitated the ambitious event with the help of Tagoloan sports-in-charge Van Halen Parmis and Natumolan's barangay captain Rafael Vidal, among others.