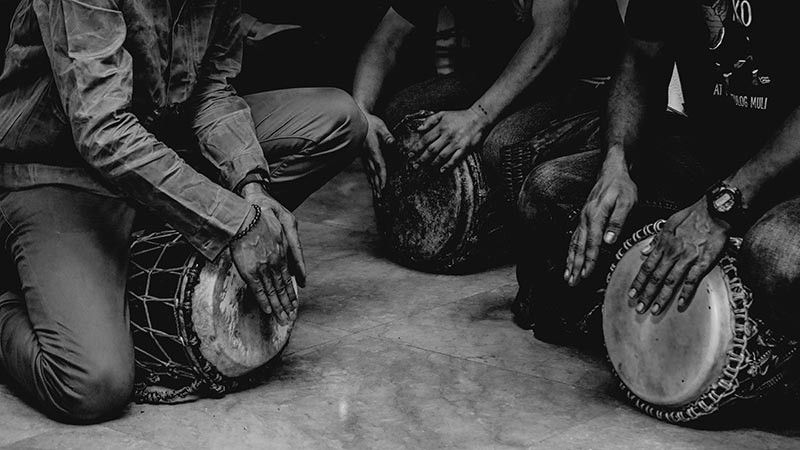 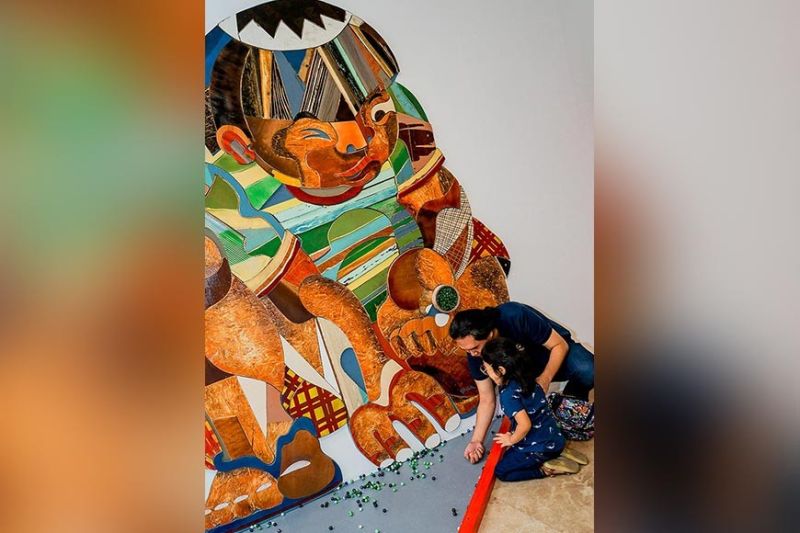 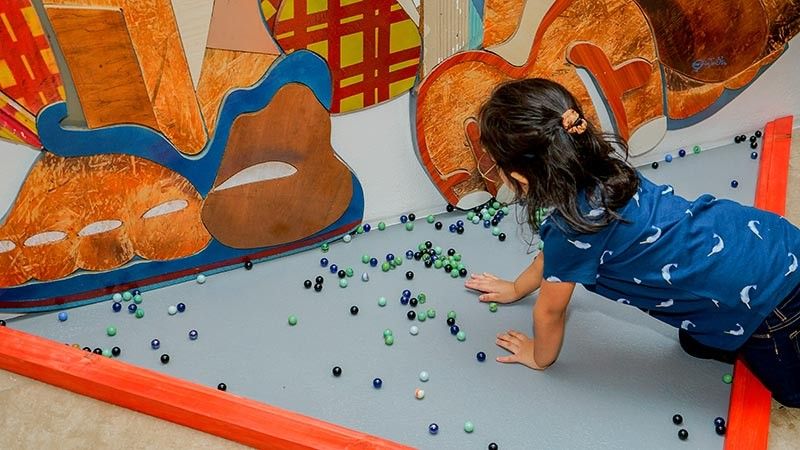 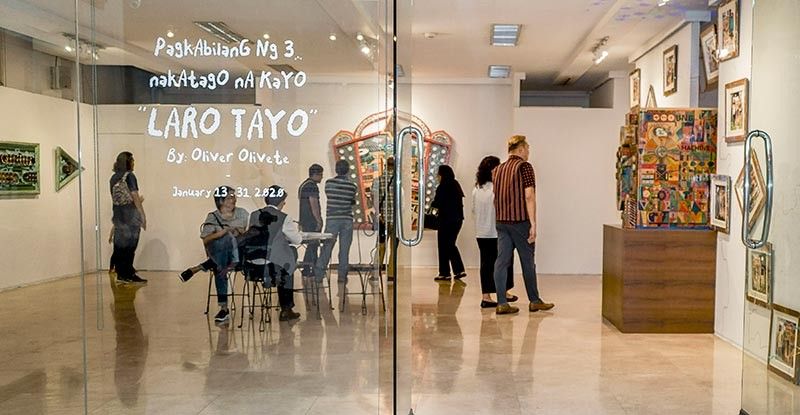 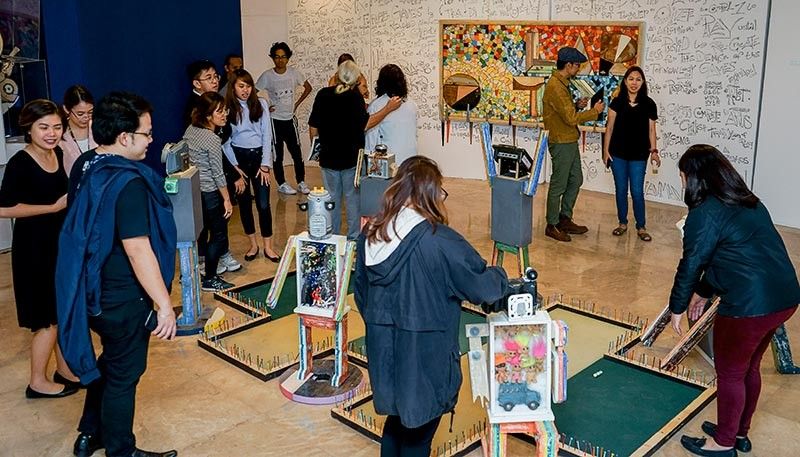 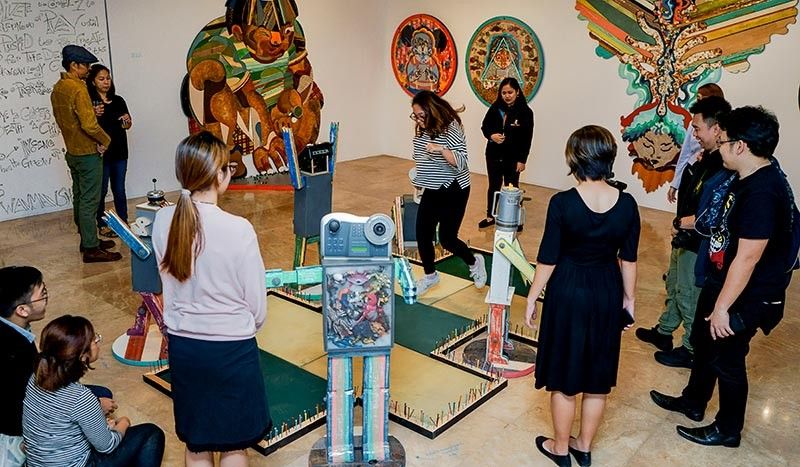 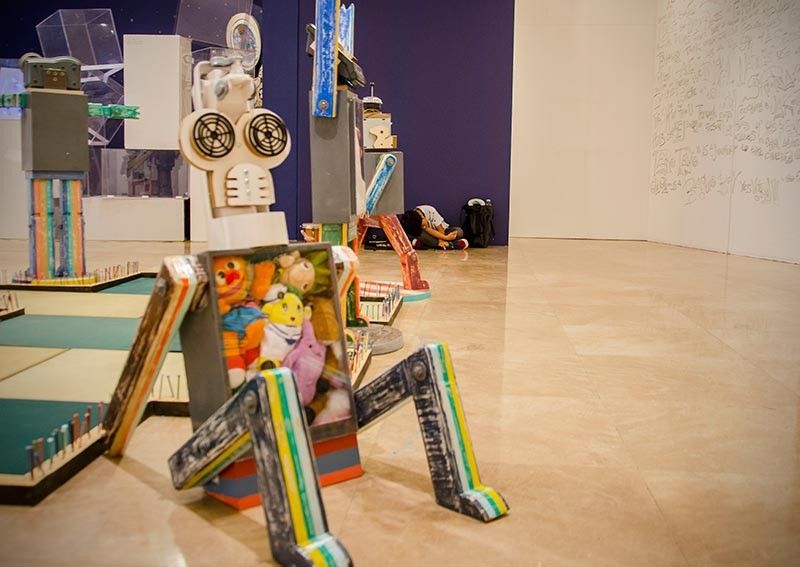 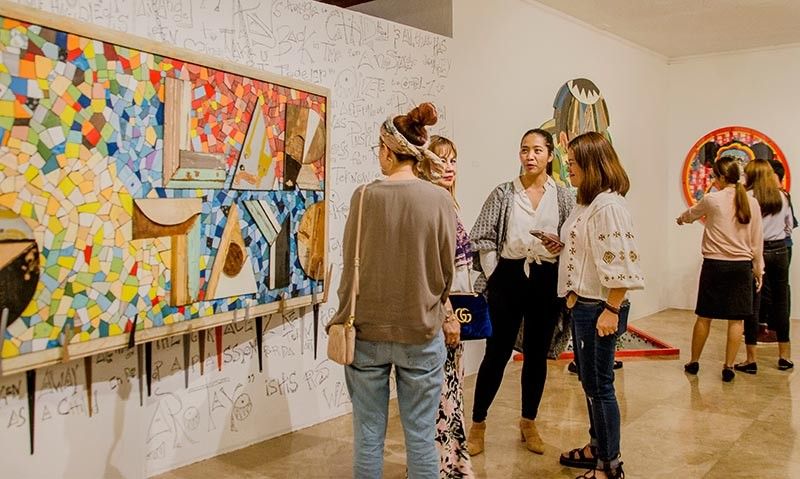 The National Commission for Culture and the Arts (NCCA) galleries are now flanked with the works of the Baguio artist’s playful take on childhood curated by Kabunyan De Guia.

Olivete is reliving the time when “children are still allowed to play in the streets, when gadgets were expensive and toys were not readily accessible, they make do with whatever they can use for their playtime. Games like 'Sipa,' 'Langit Lupa,' 'Tumbang Preso' and the like are still being played.”

“I want to show the simple fun and sense of adventure playing outside can give, without any use of expensive toys or gadgets,” Olivete added.

Olivete used wood upcycled from demolished and taken down old houses that are slowly being replaced by concrete condo’s and hotels.

“Just like old-fashioned outdoor games being citified, houses in urban cities are also the same,” he said.

Olivete fell in love with drawing as a child and developed a passion for arts as he grew up. He is best known for mosaic art by his group, the Mighty Bhutens, composed of de Guia and Guiller Lagac.

The Olivete show will take art lovers through collected pieces of odds and ends, discarded toys and gadgets complete the fantasy world the artist has created dulled by present day nuances in a fight against the death of a childish tradition of play.

The show will run until the end of the month.