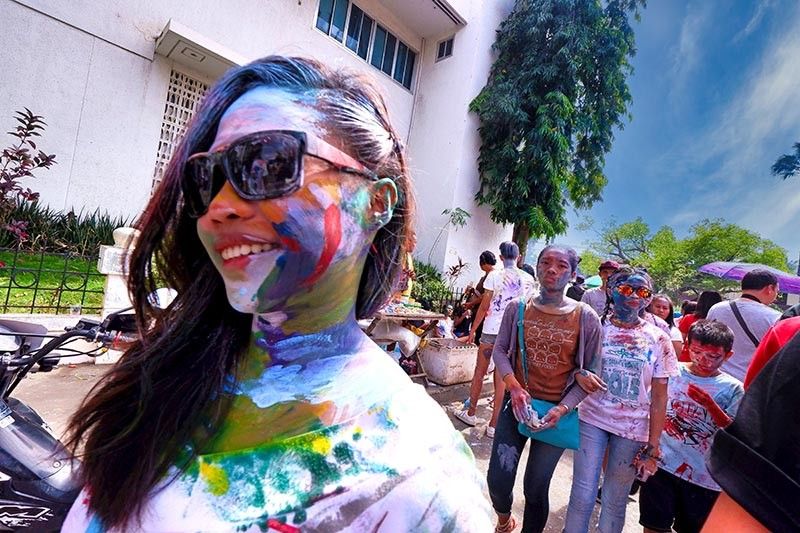 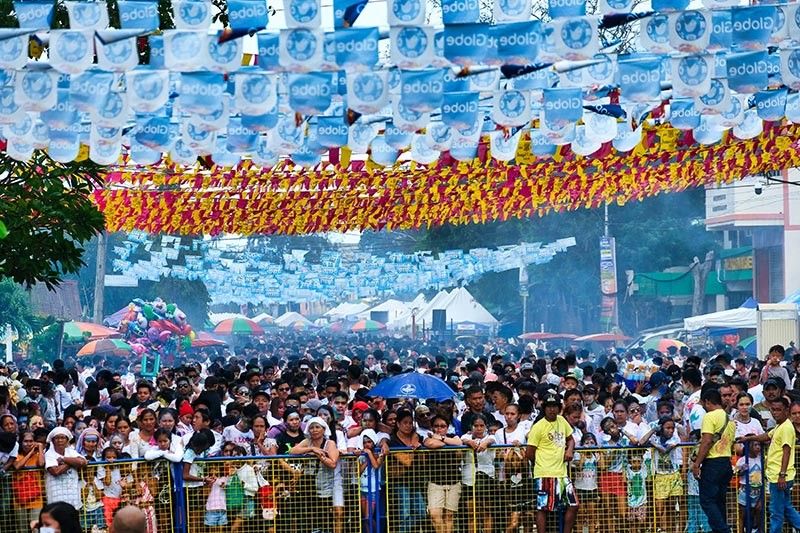 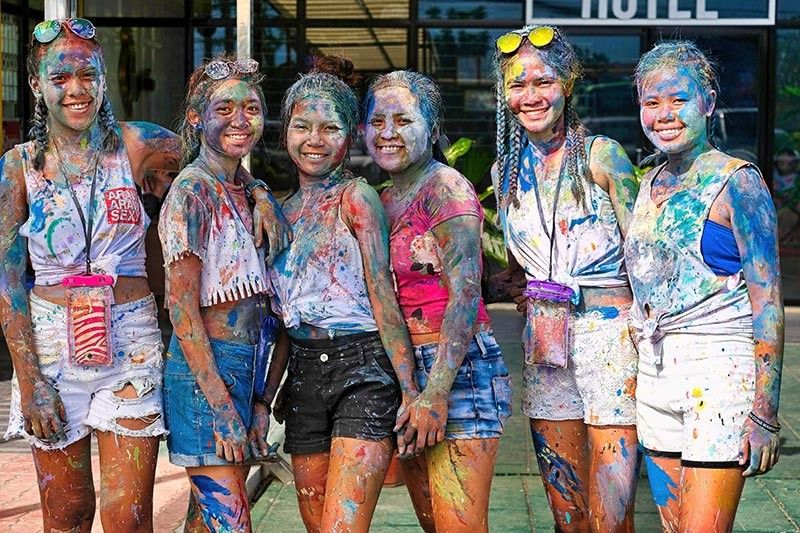 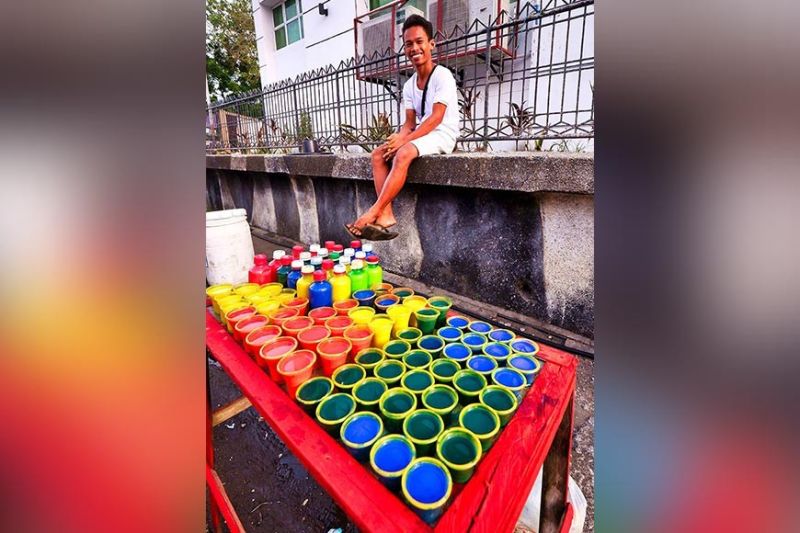 "PAHID Pa More!" is the most fitting tee shirt slogan to describe the final day's highlight in Dinagsa Festival of Cadiz City, Negros Occidental every January.

Surreal, exciting, madly dirty in a kaleidoscope of colors, and a cross between two popular global festivities -- Holi Festival in India and Thailand's Songkran -- the "Lamhitanay sa Dalan" is quite unique and mind-blowing for first time partygoers.

After the street dancing competition where revelers carry images of Sto. Niño while dancing in the parade, a younger generation comes out in white shirts (perfect as target blank canvases) in anticipation of the biggest street party in the island. Vendors begin selling multicolored latex paints along the road.

Thousands of locals and visitors from neighboring cities walk the streets in smudged paints, as strangers touch, splash, rub one another on faces, hairs, bodies and leave you spattered in sticky colors. This isn't a place for the germaphobes. No one is spared, not even tricycles, vehicles and buses en route to terminals.

At night, the psychedelic crowd converges and breaks into a sweaty, rhythmic gyration as DJs come out onstage and caps Dinagsa with the pulsing finale that echoes and drowns the fireworks display.

Earlier, my street dance competition co-judges and I were bunched in one van like refugees from the Walking Dead series, as humans sprayed and smudged paints on our vehicle, eerily walking away in a festive zombie trance. We were not spared as our driver maneuvered our getaway and safely brought some back to the hotel, and the others straight to the airport. Meanwhile, from a distance you could hear tribal drums beating, as fast as the thumping of your heart.

Lamhitanay sa Dalan culminated on January 25, 2020. Special thanks to the Cadiz City Tourism officer Juanily Pedrosa and staff for inviting me over as one of the judges in its street dancing competition.