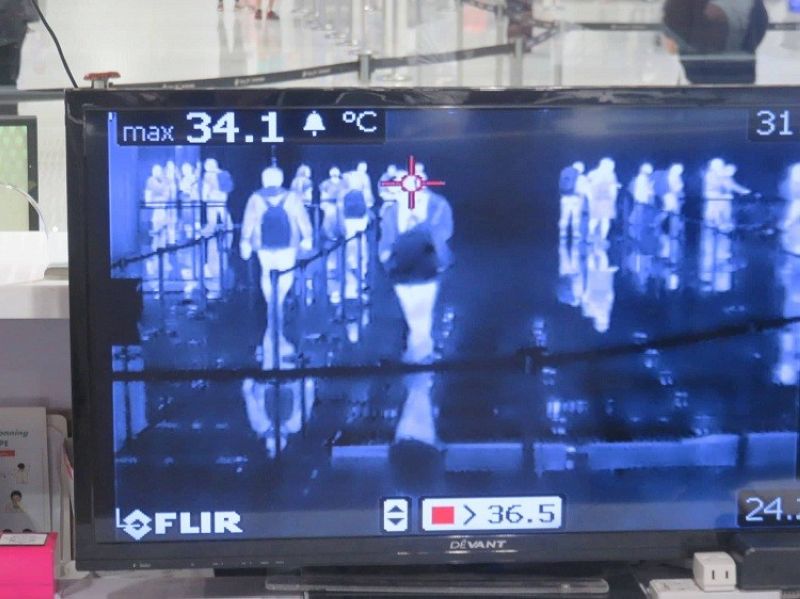 This is the third confirmed positive case of the 2019-nCoV ARD in the country, DOH spokesperson Undersecretary Eric Domingo said.

The first fatality outside of China was recorded in the Philippines, when a 44-year-old Chinese man from Wuhan died while undergoing treatment at the San Lazaro Hospital in Metro Manila.

The man’s girlfriend, a 38-year-old Chinese woman, was earlier identified as the first 2019-nCoV case in the Philippines.

In all three cases, the three individuals entered the Philippines via the Mactan-Cebu International Airport.

While the first two cases, the couple at San Lazaro Hospital, stayed for a few hours only at the airport, the 60-year-old woman traveled from Mactan airport to the Port of Cebu in Cebu City, where she took a ferry to Bohol on Jan. 22.

She was admitted to a hospital in Bohol, but was cleared to go home on Jan. 31, traveling again by ferry to Cebu City and then by land to the Mactan airport.

“On Jan. 22, upon arrival, the patient was not feeling well and stayed at a hotel and consulted a private hospital in Bohol after experiencing fever. She was then admitted on Jan. 27,” Domingo said.

Samples were taken from the patient on Jan. 23 and 24.

A sample taken from the patient last Jan. 24 came back negative. Upon recovery, the patient was discharged from a hospital in Bohol and allowed to go home to China on Jan. 31. She went home via a flight from Cebu.

Domingo said that on Feb. 3, however, the DOH was notified that an earlier sample, taken last Jan. 23, tested positive for the 2019-nCoV ARD.

Health officials initiated contact tracing on persons the 60-year-old Chinese female had interacted with, as well as on those who were in close proximity when she was admitted in a hospital in Bohol.

Domingo said health officials are coordinating with airlines and the hotel where the patient stayed.

In Bohol, the local police is working with local government and health officials on the contact tracing. Police Col. Jonathan Cabal, Bohol provincial director, said they are awaiting instructions.

The DOH announced that as of 12 p.m. Wednesday, Feb. 5, a total of 133 persons held for possible infection have been recorded nationwide. Two fatalities were reported in the country, but the first death was negative of the new virus.

In Central Visayas, there are 29 persons under investigation - 21 in Cebu, seven in Dumaguete and one in Bohol.

The Cebu City Health Office is monitoring one individual who is home-quarantined. In Talisay City, one patient is also on self-quarantine. This patient was one of those who travelled from Hong Kong and arrived in Mactan last Tuesday, Feb. 4.

DOH 7 Director Jaime Bernadas said those on home quarantine must have their own room or access to a toilet. Not allowed in the house with them are children below 10 years old, elderly aged 60 and above, those taking immune-suppression medicine or cancer therapy, and pregnant women.