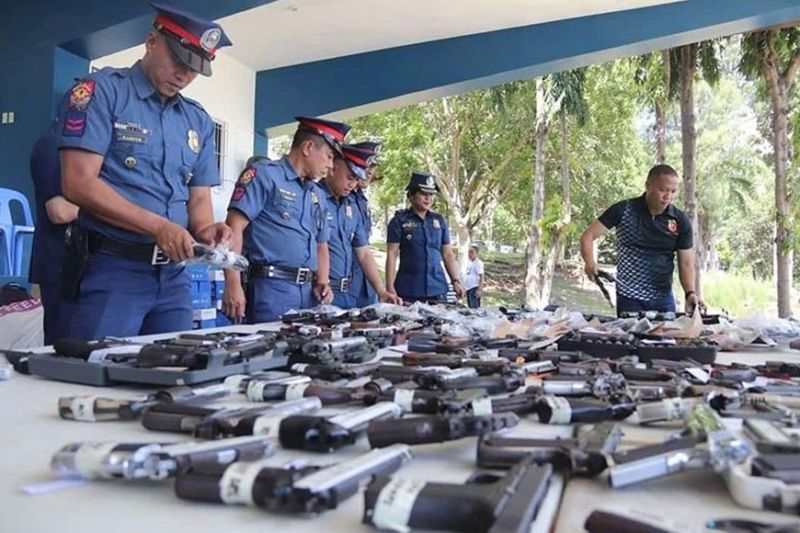 DCPO spokesperson Captain Rose Aguilar said in a press briefing Wednesday, February 5, at The Royal Mandaya Hotel that following the order suspending all the Permits to Carry Firearms Outside of Residence (PTCFOR) in the city, the police also implemented the directive, leading to the apprehension of several individuals.

Based on the memorandum from the Police Regional Office (PRO)-Davao Regional Operations Management Division dated January 7, all PTCFOR are suspended for one year in the city effective 12 a.m. on January 1, 2020 to 11:59 p.m. on December 31.

This is in response to the resolution passed by the Davao City Council recommending the continuous “gun ban” in the city as part of the security measures after martial law was lifted on December 31, 2019 to prevent criminals and lawless elements.

These individuals were apprehended during drug busts, police response, and at the checkpoint.

Cases have been filed for violated of the Republic Act 10591 or the Comprehensive Law on Firearms and Ammunition.

Aguilar said that such operation will continue until the end of the year to run after violators and seize illegal firearms.

Those who have shoot fest, authorities advised them to get permit indicating the time, place where it will be brought, and the purpose of the request. Should gun holders be apprehended at a checkpoint and fail to present the necessary document, they will be charged for violation of the standing gun ban. (JCR)