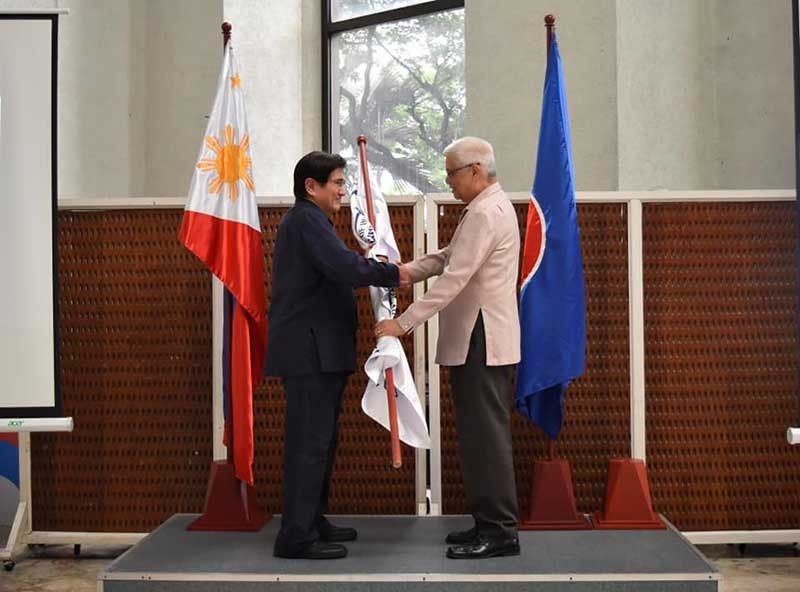 MEMBERS of the minority bloc at the House of Representatives filed on Thursday, February 6, a resolution seeking to investigate the alleged questionable disbursement of a P300-million confidential and intelligence fund of the Department of Information and Communications Technology (DICT).

The alleged irregularity was bared by former DICT officer-in-charge Eliseo Rio Jr., who resigned as undersecretary for operations on January 30, 2020.

Rio was reported to have questioned the disbursement of P300 million for confidential expenses on cybersecurity activities under DICT Secretary Gregorio "Gringo" Honasan.

In an official statement released on February 5, the DICT addressed the issue saying that the budget was used for cybersecurity.

"Under existing laws, rules, and regulations, the Confidential Expense item is for lawful monitoring and surveillance of systems and networks to support the DICT’s functions, which include cybersecurity, the formulation and effective implementation of the National Cybersecurity Plan, and international cooperation on intelligence on cybersecurity matters," the agency said.

"The DICT is mandated to protect the security of consumers and business users in ICT-related matters and render technical assistance to other government agencies on ICT-related enforcement and administration—all in line with the State’s policy to secure our critical ICT infrastructures, the information assets of the government, businesses, and individuals; to oversee all agencies governing the ICT sector; and to safeguard consumer welfare, data privacy, and security," it added.

DICT also noted that the country is currently facing a cyber threat problem at an alarming rate.

"From 2018 to 2019 alone, cybersecurity firm Kaspersky’s ranking of countries at the most risk of online infection saw the Philippines climb from 17th to 12th place. Kaspersky’s Q4 2019 Security Bulletin also reportedly placed the Philippines as the 7th most attacked in terms of cyber threats in the web. This increasing problem in cybersecurity needs to be addressed immediately and effectively. To do this, the expenditure of the funds, allocated as it was by Congress for that purpose, was both necessary and indispensable," DICT said.

The agency said the P300-million cash advance has already been liquidated at the Commission and Audit (COA).

“Of the 2019 GAA Confidential Expense item for the Department, P300 million was disbursed in three tranches of P100 million each of which were liquidated with the COA. The COA did not disallow the disbursements, its recommendations were procedural, pertaining mainly to the timeframes for disbursement. Simply put, the COA’s main concern is for the Department to be more efficient in processing the relevant documents—all of which the Department has addressed,"

Rio had criticized the agency's statement, saying that it is not possible for the agency to liquidate a huge amount in a span of two months.

"They would like us to believe that the agency was able to conduct a confidential operation for around two months, spending all P300 million and liquidating this amount within that two months time. Intel operative will tell you that this is NOT possible,” Rio said.

"He can go to the President. It’s really up to him. What I’m saying is the President has always said that Malacañang is always open and he is open to receiving any complaint," Nograles said.

Under Republic Act (RA) 10844, or the DICT Act of 2015, the department is mandated to be the primary policy, planning, coordinating, implementing, and administrative entry of the Executive Branch of the government that will plan, develop, and promote the national information and communication technology development agenda. (SunStar Philippines)