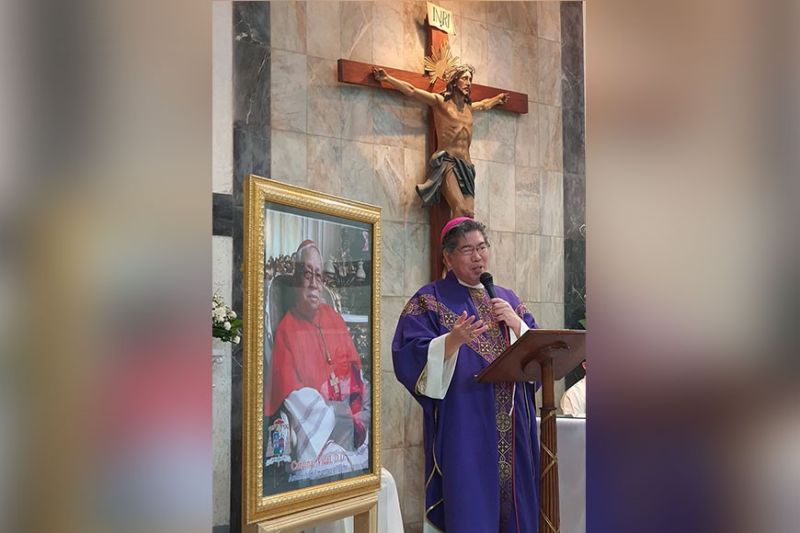 “IF WE truly love our birthday celebrator, then we allow the legacy of his person, his priesthood and his being a cardinal to impact our ongoing life.”

Billones said that just like the hinge at the side of the door, which plays an important role for people to enter as it swings back, the role of a cardinal is to bring and allow people to enter into a deeper relation with the Lord.

Vidal, with his disarming smile, was known to be a joyful giver to the Lord, which Billones said was his beautiful legacy.

“When we become generous, especially during difficult times, we collaborate to help one another instead of being scared, when we work for harmony and dialogue. And the laity, your ministry in your parish, in your association, you’re also allowing them to be cardinalized,” Billones said.

He said the act becomes a hinge for other people to enter and become close to the Lord.

“When we become cardinalized in the pattern of Ricardo Cardinal Vidal, then his spirit, his love, his legacy is alive. And isn’t that a beautiful gift to him and also a gift to God and to our local church of Cebu?” Billones told the priests, sisters, laity and officials who were present.

Vicente Princesa, who served the late archbishop for more than a decade, said Vidal treated everybody well, adding that he didn’t know how to get angry.

As a young bishop, Billones said he is open to learn from Vidal’s stories and homilies and the impact the latter had on the church in Cebu.

“For me, as someone learning here, I’m also edified, I’m also uplifted and hopefully cardinalized,” he added.

Billones was grateful that people showed up to remember Vidal on his birthday despite the heavy rain.