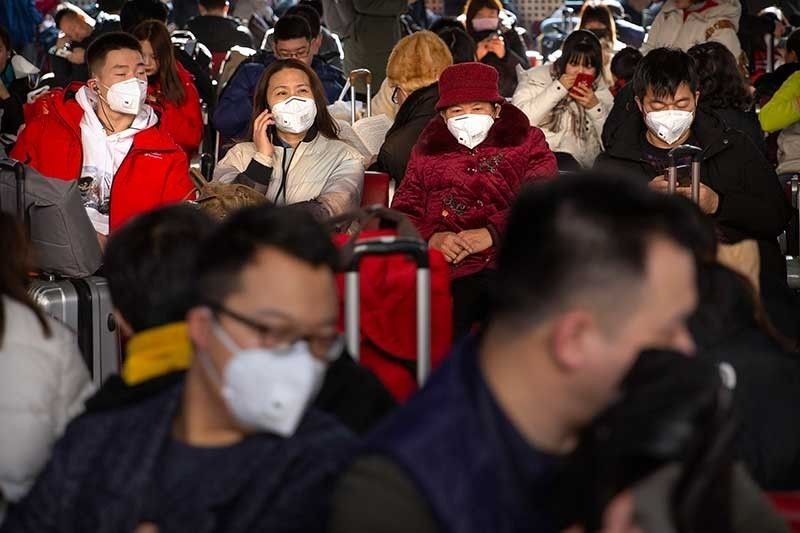 WHILE the government’s economic team is downplaying the economic impact of the respiratory disease outbreak caused by the 2019 novel coronavirus (2019-nCoV), tourism industry stakeholders are trying to cope with losses arising from the cancellation of reservations and bookings.

The Hotel Resort and Restaurant Association of Cebu Inc. said the hospitality industry is “experiencing serious financial losses as expected of cancellation of reservations and bookings, flight cancellations/less passenger load as this is the first casualty in the tourism industry.”

The disease outbreak had compelled President Rodrigo Duterte to temporarily ban Chinese tourists and other foreign travelers coming from China.

The Chinese comprise the Philippines’ second biggest tourism market. As of November 2019, Chinese arrivals in the country reached 1.625 million.

The P112-billion Chinese spending in the Philippines is about a fourth of the estimated average inbound tourism spending of P450 billion, which Pernia said accounts for only 5.0 percent of the country’s gross domestic product (GDP).

Bangko Sentral ng Pilipinas (BSP) Governor Benjamin E. Diokno also told reporters on Thursday, February 6, 2020, that the outbreak could reduce 2020 GDP by only about a third of a percentage point, or 0.3 percentage point, on the average.

Including domestic tourism expenditures, the total contribution of the tourism industry to the GDP as measured by the Tourism Direct Gross Value Added (TDGVA) reached P2.2 trillion in 2018. This was 12.7 percent of the GDP.

Francisco Dakila, Jr., BSP deputy governor for the Monetary and Economics Sector, said the impact of the outbreak is expected to last only for a few months as he noted that the Severe Acquired Respiratory Syndrome (Sars), which was also caused by a coronavirus, lasted only about two quarters in 2003.

“The impact of the 2019-nCoV will be on expectations and confidence at a time when there is not yet any cure for the disease and while cases are still going up. But once it turns out to be under control, then sentiment can shift quite quickly to the other direction,” Dakila said in a press conference Thursday.

Concerns over the disease outbreak, however, has caused the cancellation of events that usually draw thousands of tourists.

In Benguet province in the Cordilleras, all tourism activities are suspended in Atok town effective February 6, 2020. Atok is known for its cherry blossoms park, northern blossom flower farm and coffee.

The Philippine Military Academy, which is also a popular destination, has temporarily closed its doors to visitors.

In Bacolod City in Negros Occidental, labor group General Alliance of Workers Association expressed concern over the possible loss of jobs as tourism establishments downsize operations because of lack of tourists.

On the other side of Negros Island, classes in all levels in the entire province of Negros Oriental were suspended on February 5 to 7 following the announcement by the Department of Health (DOH) that the Chinese couple found positive for 2019-nCoV had traveled to Dumaguete City.

In Pampanga in Central Luzon, the Alliance of Travel and Tour Agencies of Pampanga expressed support for government measures to prevent a local disease outbreak by suspending the entry of various cruise ships.

The MV World Dream cruise ship was scheduled to dock at the Port of Subic Bay on January 29, 2020. Its operator, Genting Cruise Lines, cancelled the port call, according to Subic Bay Metropolitan Authority chairperson and administrator Wilma Eisma.

The ship, which was carrying 778 passengers including Chinese tourists, was allowed to dock in Manila on January 28. The passengers were cleared to leave the ship and explore the city.

In Cagayan de Oro City in Northern Mindanao, no events have been cancelled and “it’s business as usual”, according to Department of Tourism Regional Director May Salvaña-Unchuan.

As of Thursday, February 6, 2020, the DOH has confirmed three cases of 2019-nCoV infection in the Philippines.

The man had died and was recorded as the first 2019-nCoV fatality outside of China. His companion, the 38-year-old woman, is still confined at the San Lazaro Hospital in Metro Manila.

The DOH and the police are still trying to locate all 331 passengers who were on the same flights as the couple.

The 60-year-old woman, meanwhile, arrived at the Mactan Airport on January 22, traveled to Cebu City and took a fastcraft to Bohol, where she fell ill and had to be confined in a hospital.

She traveled back to Cebu City on January 25 and proceeded to the airport to get on a flight back to China. (MVI/SunStar Philippines with reports from SunStar Bacolod, Baguio, Cagayan de Oro, Davao and Pampanga)