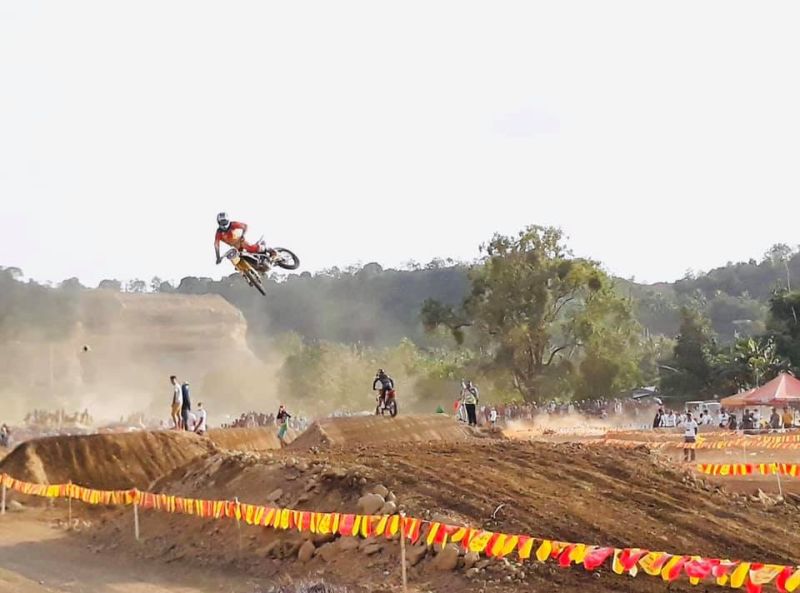 THEY'RE living a reckless life, while fully entertaining the appreciative crowd to the max.

Unquestionably, extreme motocross is one of the dangerous sports that has the potential to make Philippine riders become known worldwide. But until now, they're not getting the needed support from the government nor being considered in the training pool with monthly allowance from the Philippine sports program.

Given the chance, the young daredevil from M'lang, North Cotabato believes the Filipinos have what it takes to carve a name in the international arena of the motocross event.

Only aggravating the fate of Philippine motocross in terms of support was when a young racing champion died after a bad fall during his practice in Carmel, Agusan del Norte.

John Kim Portes Peligrino, winner of the Naliyagan Motocross Tournament in Prosperidad, Agusan del Norte, was reportedly preparing for his upcoming competition when he encountered the unfortunate event.

Practicing along with fellow riders, Peligrino's motorbike reportedly got into some trouble after jumping a high ramp. The heavy thing apparently dropped into the chest and stomach of the young rider, leading to his untimely demise after at least two confinements in the hospital.

He probably died due to internal hemorrhage, according to the reports.

Barangay Mohon's village chair Francis Jerson Sabio, who initiated the Tagoloan Fiesta spectacle on two wheels, said there's no doubt that motocross is the coolest and most fun entertainment in the Philippines as can be gleaned by the influx of spectators from the region.