Public servant from miles away 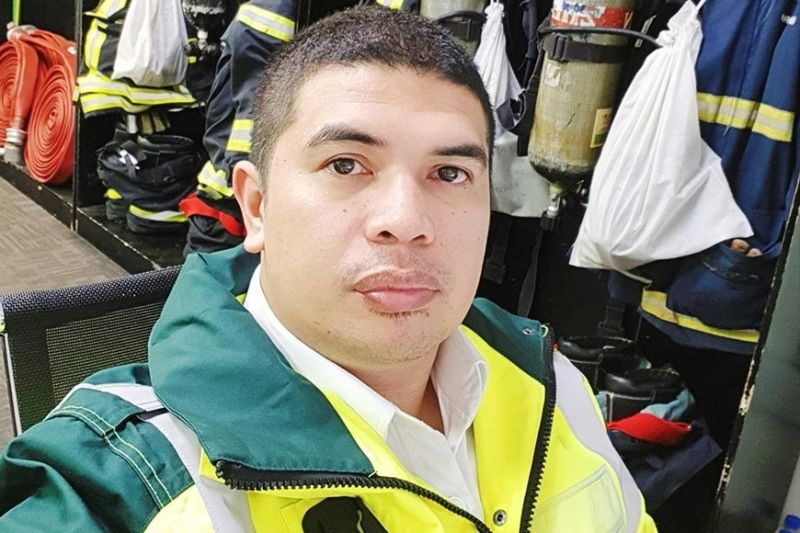 PUBLIC service does not need to be in a position, and only a few have it in their hearts to serve the public voluntarily. For these few people, voluntarily serving the public is what makes them happy.

Who does not know Xtian Serrano, a shortened version of his real name Josephus Christian Villareal Serrano.

A child of Estrella Villareal Serrano, an OB-Gyne, and Retired Colonel Nonito Berola Serrano, Xtian was born in Mati, Davao Oriental. He is a former volunteer firefighter of the Filipino-Chinese Firefighters Foundation in Davao City in 2002.

Being a firefighter, he always faced danger but Serrano did not mind it, as he even worked hard to do his mission of serving the public.

Together with the advancement of technology is the birth of Facebook (FB). Serrano used his personal FB page in posting updates on the activities of Davao City, including the security measures the city is undertaking.

"At first, I always post on my old FB account regarding fires, any other emergencies, power and water interruptions because I have an access of information from our friends who are also working in different agencies," Serrano said in a Facebook chat with Superbalita Davao.

To widen the number of those who can access important information on social media, he decided to create the Davao City 24/7 Fire Emergency page.

But in 2013, an opportunity knocked on his door. Serrano got a job in Cambodia as a fire safety officer in a casino hotel.

To continue sharing vital information to the public, Retired General Frank Villaroman, who was the head of the Public Safety Security Command Center (PSSCC) that time, requested him to become the admin of the Davao City Public Safety and Security page.

But due to several reasons, Serrano created his own FB page, the Davao City Question and Answer Page, which is now known as Davao City Public Information Page.

With him being overseas, a lot had questioned the integrity of the page, but Serrano still continues to do what he does.

He said even if he is out of the country, his communication with his friends who are working in different government agencies concerned with different information the public needs to know continues.

"Purely public service lang po. Since I still have communication with my friends in different vital agencies and I understand that people still needed the information, so I have to continue what I started," he said.

There are times that he gets bashing from netizens, but Serrano said: "Some say 'Wala man na diri sa Davao; ayaw mo tuo ana. Di ma nakabalo mo-credit sa mga pics, etc.' Yes, even though wala ko sa Davao pero I have information na normal citizen can't access so I have to share."

Serrano also credits his accomplishments to his wife.

"Behind every successful man is a woman, behind him is his wife," he said.

And to those who question his way of helping the public, this is what he has to say: "Be in my shoe before you question me. I'm serving the people of Davao as long as I can. As long as I'm still able."