No reported damage in magnitude 6.4 quake 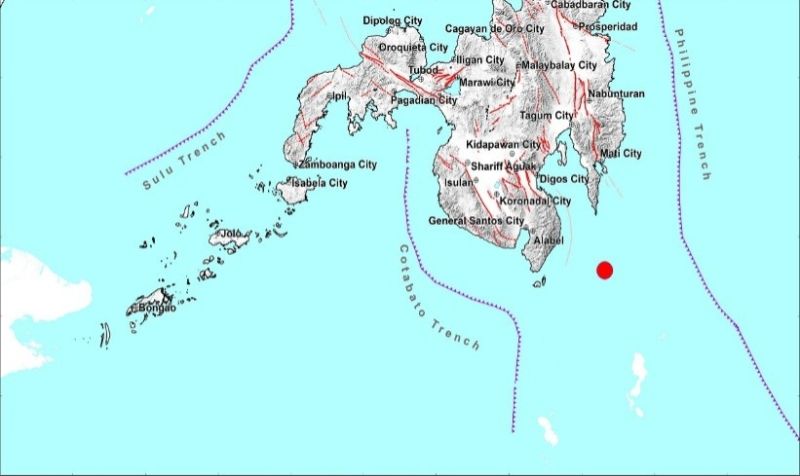 AN OFFSHORE tectonic earthquake with a magnitude of 6.4 rocked Jose Abad Santos, Davao Occidental Thursday evening, February 6, but an official said that no damage was recorded.

Based on the Philippine Institute of Volcanology and Seismology (Phivolcs) Earthquake Information Number 1, the tremor struck at 9:40 p.m. of February 6 with the epicenter located at 85 kilometers southeast of Jose Abad Santos.

Franz Irag, Office of Civil Defense (OCD)-Davao operations officer, said their office did not receive information on losses near the area where it originated.

Irag said that on a daily basis, Jose Abad Santos has been experiencing shaking considering that there is an existing trench that caused the earthquake.

Several aftershocks were recorded by Phivolcs as aftermath, but there was also no tsunami warning issued.

The movement was also felt in the neighboring provinces.

In the last quarter of 2019, a string of massive earthquake shook Davao region. The latest happened in December when a 6.9-magnitude eartquake struck.

The epicenter of the strong tremor was located in Matanao, Davao del Sur. The magnitude has caused structural damage and deaths.

The Philippines lies in the Pacific Ring of Fire and surrounded by numerous active faults and trenches on both sides of the archipelago. This explains why the country has been experiencing a series of earthquakes.