Industrial warehouses warned of closure for lack of permits 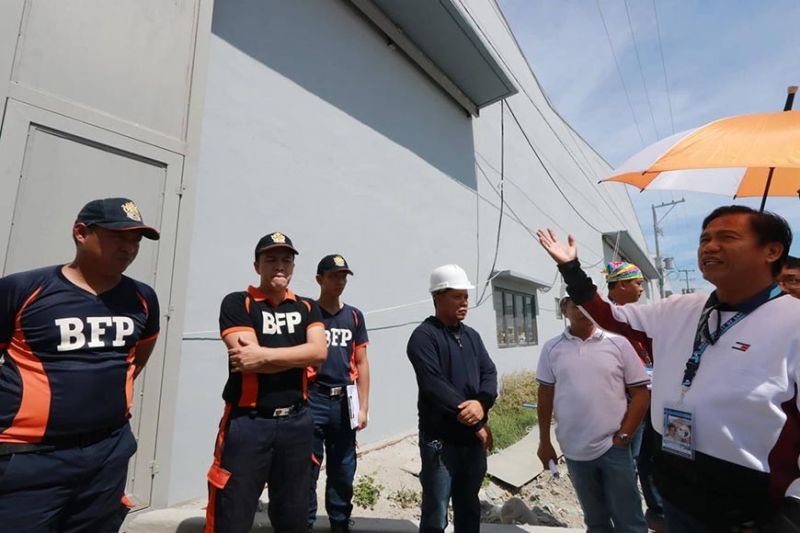 THREE industrial warehouses are facing possible closure after the local government of San Simon learned that they are operating without necessary permits.

During the surprise inspection conducted by Mayor Abundio Punsalan Jr. at the Golden Sun 999 Industrial Park, he discovered that three of the existing warehouses are already in operation despite lack of business permits from the local government.

"We are not aware that they are already operating because they never secured any permits from us. This is illegal operation and we cannot allow that here in San Simon," he said.

Punsalan said the local government will issue a cease and desist order against the warehouse lessees should they fail to comply with the requirements until next week.

He said the tenants' actions are blatant disrespect to the local government and people of San Simon.

"If you come inside anybody's house without knocking or asking for permission, you will be sued for trespassing, get hit or worst, shot dead. That is also the same in doing business in any city or municipality, you come and follow with what is asked by the local and national laws," he said.

The mayor also warned existing and prospective investors in the town that the local government will not excuse anybody who violates the law.

He said all businessmen and investors are welcome in San Simon provided that they observe and comply with the laws set by the local and national government.

"San Simon is a business-friendly municipality but it comes with a price. We will never allow our municipality and the people to be exploited for the advantage of anybody," he said.