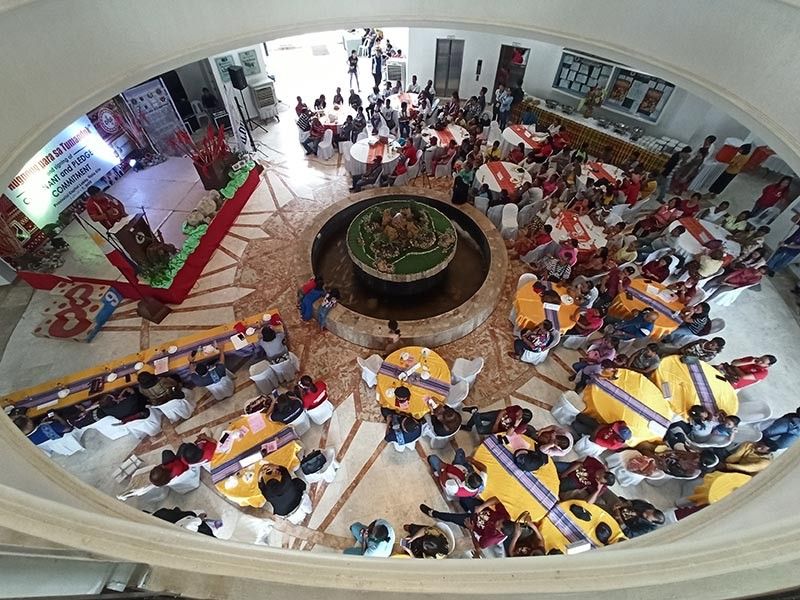 ILOILO. First-ever general assembly of all the Indigenous Peoples in the province of Iloilo dubbed as "Hugpong para sa tumandok." (Leo Solinap) 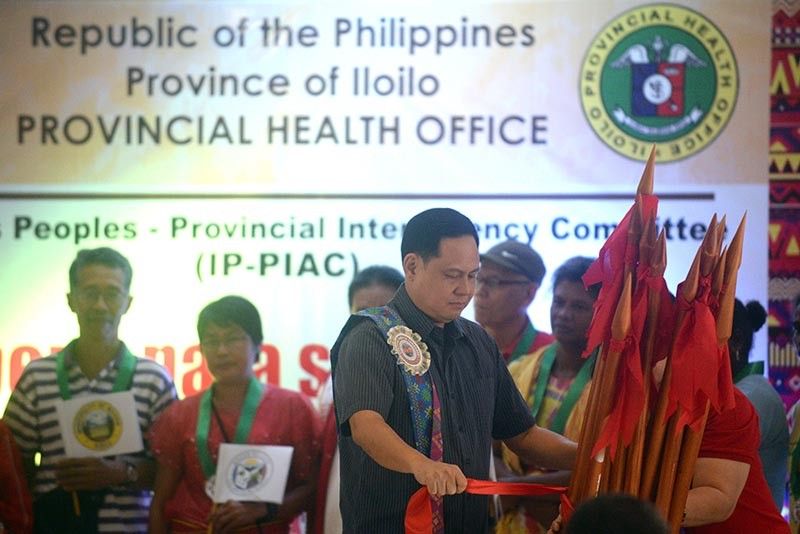 ILOILO. Iloilo Governor Arthur Defensor Jr. ties the group of spears represented by different Indigenous People (IP) leaders from different towns during the first-ever general assembly of all the IPs in the province of Iloilo. (Leo Solinap) 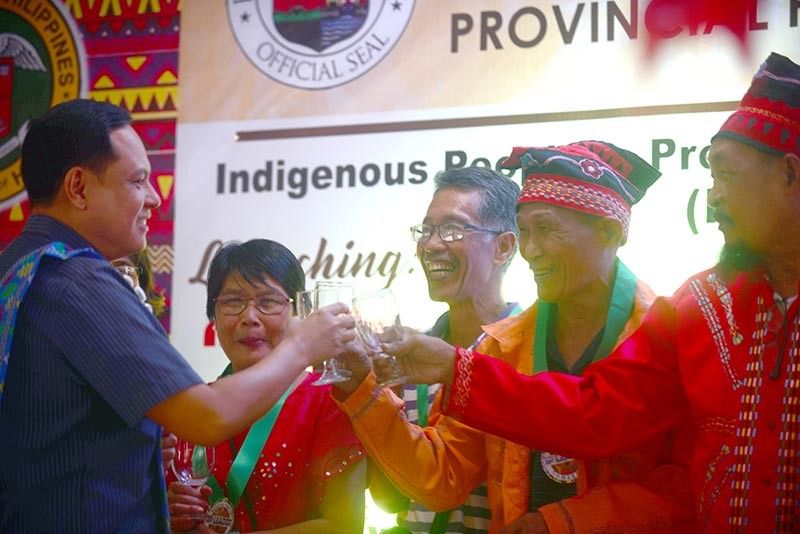 ILOILO. Iloilo Governor Arthur Defensor Jr. toast with the other Indigenous People (IP) leaders during the first-ever general assembly of all the IPs in Iloilo. (Leo Solinap) 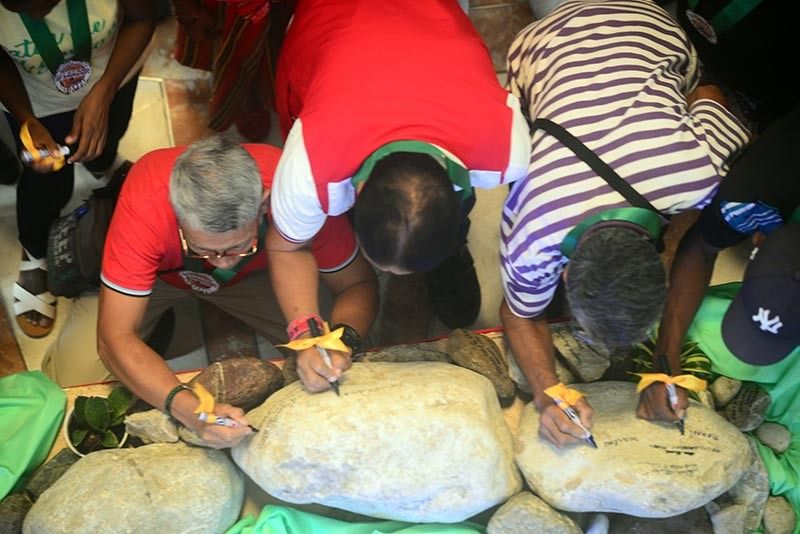 ILOILO. Different members of the Indigenous Peoples sign in the stone during the first-ever general assembly of all the IPs in the province of Iloilo. (Leo Solinap)

THE first-ever general assembly of all Indigenous Peoples (IP) in the province of Iloilo, dubbed as "Hugpong para sa tumandok," was attended by more than 200 members of the indigenous community from 26 towns.

It was held at the Iloilo Provincial Capitol lobby on Friday, February 7, 2020, and spearheaded by the Provincial Inter-Agency Committee for Indigenous Peoples (IP-PIAC).

During the event, a covenant and pledge for one mind, one action towards the welfare of the IPs was signed.

The covenant signing was led by Iloilo Governor Arthur Defensor Jr. and other local executives and government officials.

The officials committed "to recognize, respect, protect, and promote the rights of the Indigenous People/Indigenous Cultural Communities (IPs/ICCs) of Iloilo province, establish the necessary mechanisms to enforce and guarantee the realization of their rights, taking into consideration their beliefs, customs, traditions, values, interests, and institution by providing efficient, gender-sensitive responsive and cultural sensitive services."

Their goal is "to establish and functionalize a collective, collaborative inter-agency care delivery teamwork which would respond to the felt needs for health, health-related and other basic services for the IPs/ICCs of Iloilo province."

They also pledged to harmoniously unite their efforts and resources to uplift the lives of the ICCS/IPs of Iloilo province.

"We want to achieve more of a voice, not just sound but with a strong voice and in the process of delivering a stronger voice, we can look forward to more service to our IPs communities because you are important us," Defensor said in his speech.

"This is just the beginning, this organization we give you we can connect more or talk to you, you also have a way to connecting to us if you want to talk to your board members and your mayors," he added.

Iloilo Provincial Health Office chief Dr. Patricia Grace Trabado, co-chairperson of IP-PIAC, said the event was organized to recognize the contribution of the indigenous peoples in the development of the province.

"We also want our IPs to know that the province has basic services that they can access such as on health and education," she said. (SunStar Philippines)