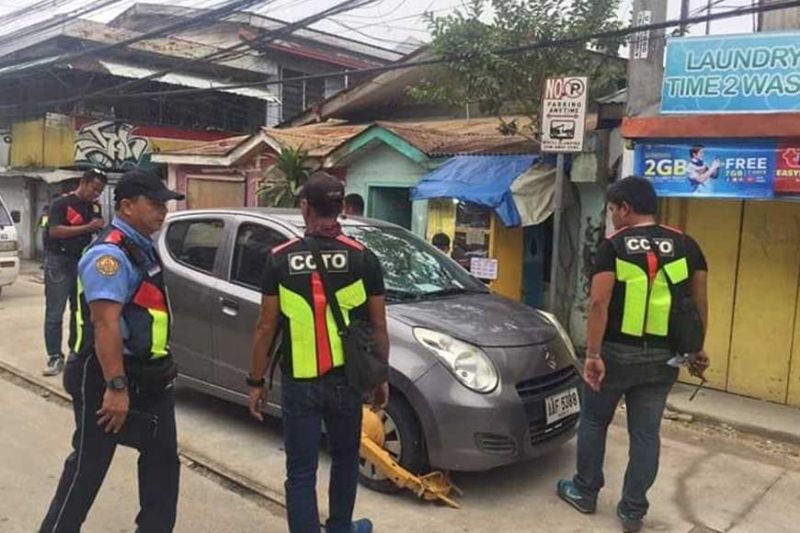 SOME 270 vehicles have been clamped by the Cebu City Transportation Office (CCTO) for illegal parking on the city streets, two weeks after operations resumed.

He said it would last until Jan. 19, after the Sinulog Grand Parade.

The temporary clamping suspension was later extended to Jan. 24, after the ceremonial undressing of the replica of the Holy Child at the Basilica Minore del Sto. Niño.

The strict enforcement of City Ordinance (CO) 1657, or the Clamping Ordinance that regulates illegal parking on the streets, is among the measures the CCTO has taken in order to impose discipline among motorists.

Casimero said most of the vehicles that were clamped and the drivers issued citation tickets were those who had disregarded traffic signs (DTS).

The violators apprehended for DTS were caught violating the “no stopping,” “no left turn” and “no parking” signs, among others.

There were also motorists caught double-parking and parking their vehicles on the sidewalk.

Casimero said most of the violators were caught along major thoroughfares such as Osmeña Blvd., where cars are parked overnight.

The recent operations led to the clamping of three heavy equipment illegally parked along F. Sotto Drive on Friday, Feb. 7.

Under CO 2112, heavy equipment is only allowed to park and work on road maintenance activities from 11 p.m. to 4 a.m.

Casimero said they have also clamped 36 vehicles that were parked along Sitio Marcas in Barangay Lahug, J. Alcantara St. and in Barangay Quiot.

Another 12 vehicles were also clamped by the traffic office along F. Sotto Drive.

Those issued citation tickets will have to pay a fine ranging from P1,000 to P1,500. A P500 fine will be imposed on those persons whose vehicles were clamped.

Around 85 percent, or 230 of the 270 erring motorists have already paid for their clamped vehicles. (JCT, PAC, RTF)