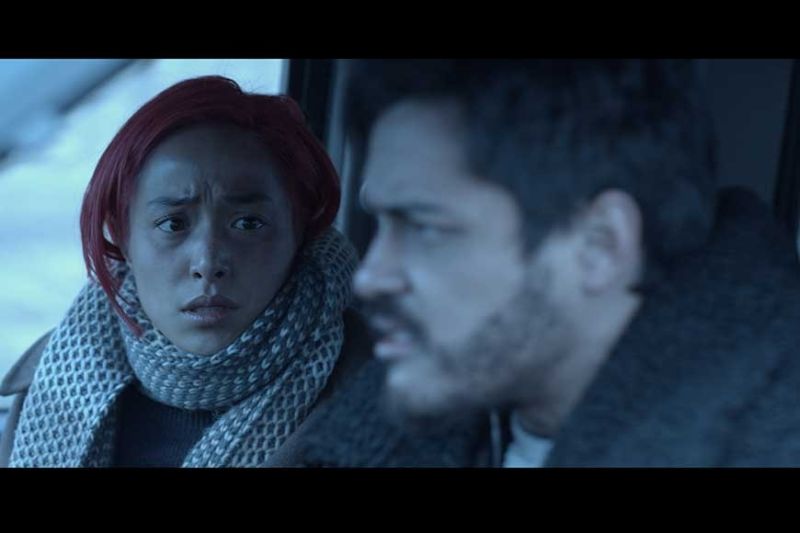 WHEN there is violence in a marriage, you can expect conflicting narratives from the couple involved. “Untrue,” the psychological-drama-thriller from “Kita Kita” writer/director Sigrid Bernardo, will show that there’s a lie in every story, and it’s going to be a dark, intriguing ride.

Cristine Reyes and Xian Lim play Mara and Joaquim, two lonely Filipino migrants in the country of Georgia who find solace and companionship in each other. They hastily get married, without even getting to know each other very well.

When their fiery romance turns into heated arguments and physical abuse, Mara goes straight to the Georgian police. Following her narration of how she married a mad man, Joachim defends himself with his own version of the events, pointing to his wife as the real lunatic.

In this he-said/she-said film, a strange apparition of a woman adds to the suspense. As Mara and Joaquim fight to discredit each other, truth, lies, and a dark past are brought to the surface.

The movie was mostly shot in Tbilisi, the capital of Georgia, where the cast and crew endured freezing weather. Georgia was chosen as the film’s setting because the story called for a place that isn’t filled with Filipinos.

“Untrue” was featured at the prestigious Tokyo International Film Festival last October, along with seven other notable Filipino films.

From Viva Films, in cooperation with The IdeaFirst Company, “Untrue” opens in cinemas nationwide on Feb. 19. (PR)