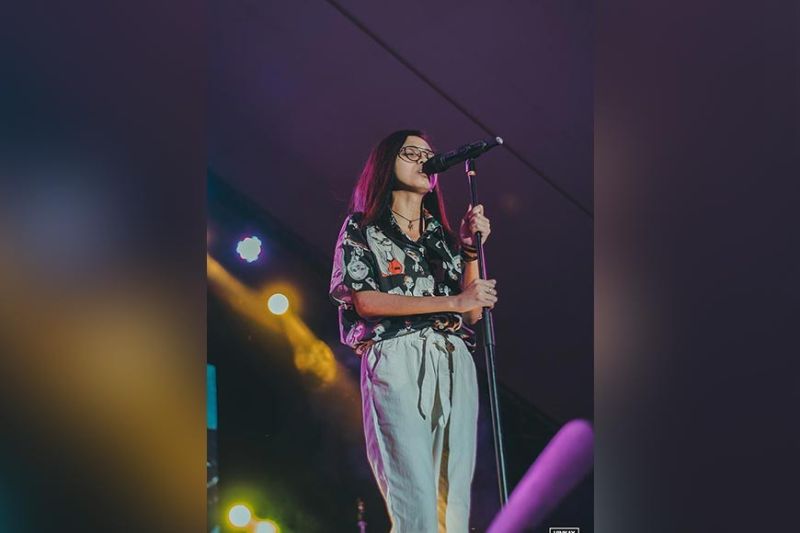 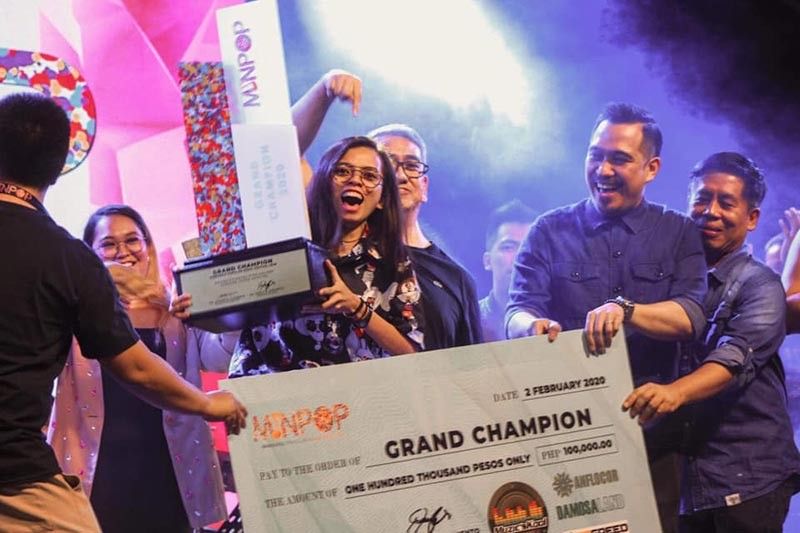 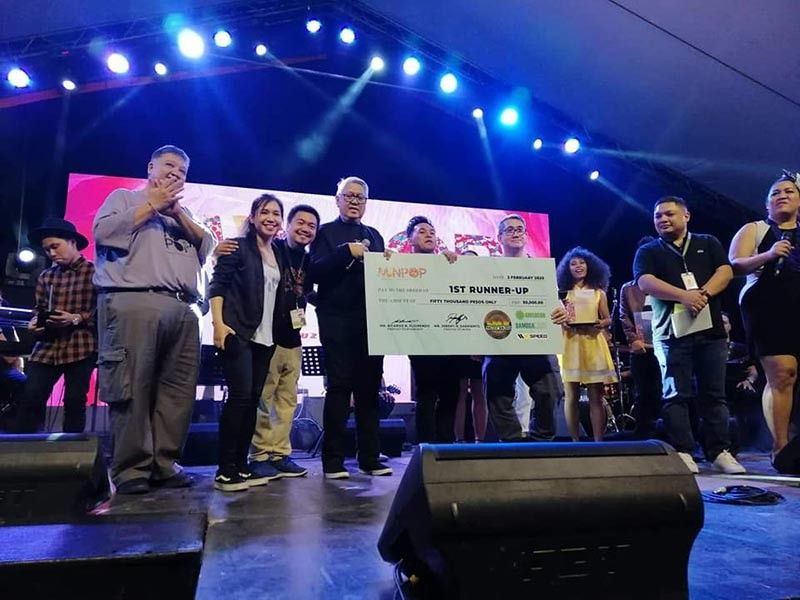 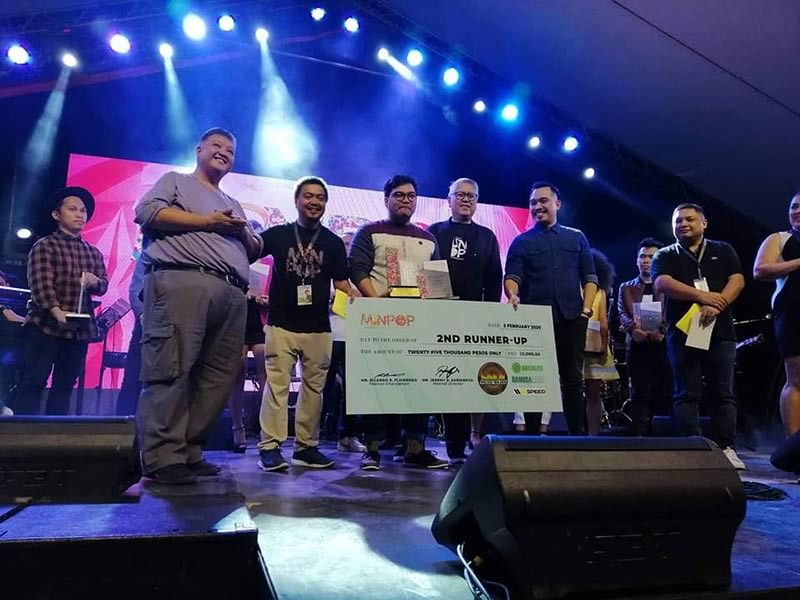 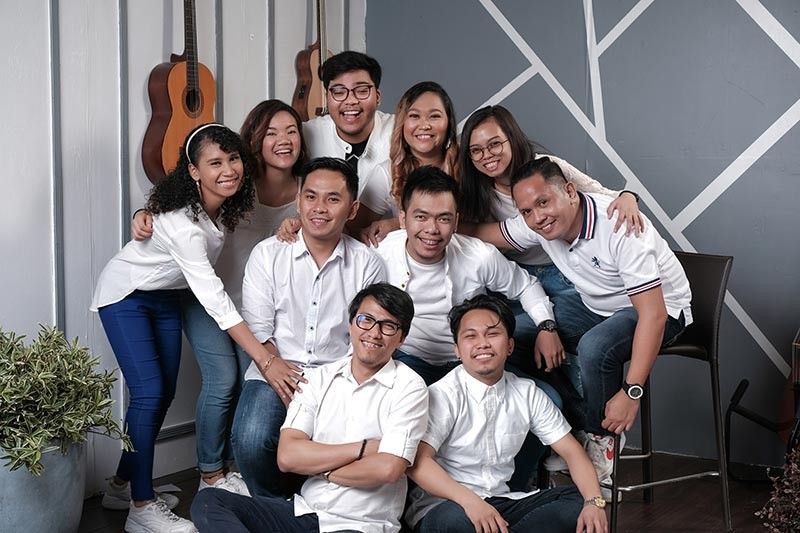 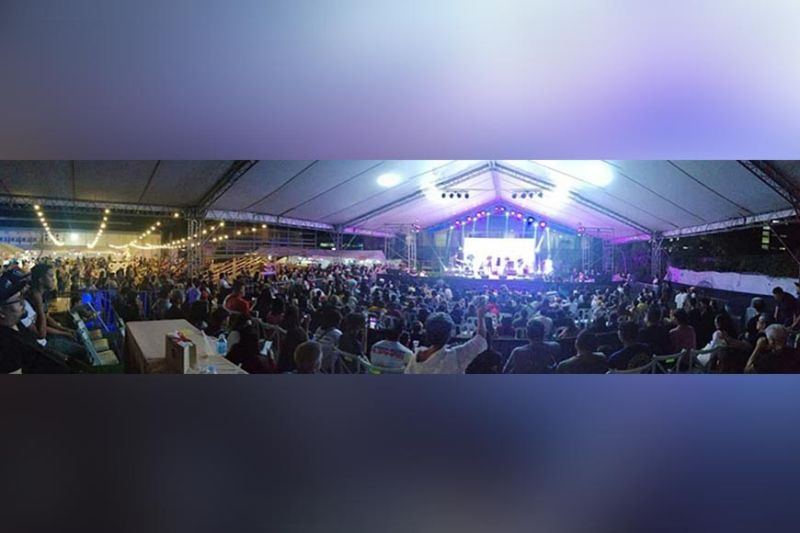 THE recent Mindanao Pop Music Festival or MinPop 2020 could be a sign that Mindanao is ready to listen to its own music.

On the evening of February 2, Damosa Complex in Lanang, Davao City brimmed with spectators, perhaps out of sheer curiosity aroused by promotions of the MinPop organizers or lured by the spectacle. Whatever the reason, they were served with something they did not anticipate.

In front of the Davaoeno audience, the MinPop 2020 Top 10 finalists performed without reservations if they will be clapped on or not. Rather, they fired up the stage performing their masterpieces and savoring their moments to shine.

Each song left the crowd awed and amused, willingly cheered and perfectly sung along to the music albeit its freshness to the ears.

In fact, music maestro Ryan Cayabyab, who was also one of the competition’s judges, was not able to contain his observations.

“Amazing kayo na audience nga Pilipino music. (You are an amazing audience for Filipino music) I had never ever witnessed a song competition wherein kung makapalakpak ang mga audience, kada line (the audience clap at every line),” he told the crowd during the awarding ceremony.

The songwriting competition declared Cata Mauria Pama from Lupon, Davao Oriental the first grand champion of the MinPop 2020 with her heartbreaking song A.M., Sherwin Fugoso from Jabonga, Agusan del Norte as the1st runner-up for his song, #Buang, and Marckenny Joshua Bohol from Iligan City as the 2nd runner-up for his song, Tethered.

But for one of the main movers of the MinPop 2020 Jeremy Sarmiento, the response validated his gut feeling that Mindanao or even the Philippines could be ready for Mindanao’s music.

Sarmiento shared in an interview with SunStar Davao that he has long been nudged by the country’s influential musician Ryan Cayabyab to begin the movement for the Mindanawon music.

Being in Davao’s music industry for 19 years and having participated in almost all of the songwriting camps and competitions both in Luzon and Visayas, he has somehow seen the dynamics of the music industry in Mindanao, especially in Davao City.

He said it is one of the reasons why artists like the journeys to Manila to look for opportunities and try their luck.

The people in the Luzon would find their music refreshing and different. The Mindanawon artists, he said, also tend to give all out.

He said the passivity of the Mindanawon audience then pushed the artists to refine their craft hoping that someday, they will be noticed by the people in their area. It has made them better but served not their intended audience.

The Mindanao Pop Music Festival was what he considered realignment. It has also gathered appreciation from other people outside Mindanao.

In his Facebook post he said, “That time, I told him that Mindanao is not yet ready for such an event. For me kasi, timing is everything. But just last year, I felt na parang ready na. Thus, Minpop was born. [sic]”

He added, “And Last night just proved it! I've seen the readiness of the songwriters to share their stories and the readiness of the Mindanaoan crowd to listen to the works of their fellow Mindanaons. Perfect time! The people, the energy, the love for Music, all present in one event. Ang saya lang talaga! [sic].

Chud Festejo was hailed the grand champion in Philpop 2018 with his Nanay, Tatay. In the same competition, four other Mindanawons also made the cut in the Top 30 such as Kyle Pulido from Davao City with his song LGBT (Laging Ganito Ba Tayo?), Eamaries Gilayo and Jovit Leonerio from Davao City for their song Away Wa’y Buwagay, Marvin Blue Corpus from Koronadal, South Cotabato with his song Malilimutan Din Kita, and Sarmiento himself with his song Korde Kodigo.

However, Sarmiento said until the music of the local artist is exposed to a larger audience, the reception would remain a mystery.

“Somehow, nafeel nako nga naachieve namo kay lahi gyud ang tunog sa Top 10. Bag-o siya nga flavor sa Philippines (I felt that we have achieved that because the Top 10 entries sound distinctly from each other. It is a new flavor for the Philippines),” he said.

The Top 10 finalists seemed echoing the same thoughts in their introduction video during the competition: The utmost gratitude to be able to perform for the people and the opportunity that the contest opened for them.

Sarmiento said he was so elated that finally, Mindanao applauded, he started a campaign #PakpakMindanao.

“It is a call for Mindanaoans to appreciate original works of fellow Mindanaoans. It is also for the artists nga dili necessary nga i-obliga ang mga tao nga mupalakpak. If gusto nimo nga mupakpak ang tao, ang pakpak magsugod man gyud na sa imo (If you want people to clap for you, it should start from you),” he explained.

“It is a campaign dili lang sa audience kundili pati pud sa artists to appreciate whoever is standing and performing on stage. Bisan pag gikulbaan na siya, palakpaki gihapon (Even if they were nervous, applaud for them),” he added.

While the MinPop 2020 hype is still high, the people behind it are laying out plans to sustain the momentum.

Sarmiento shared they will conduct a series of mall tours featuring the finalists and other local artists and grow the community of music artists under the MinPop. He said they are also brewing other big plans particularly using their talents for a greater cause which he hoped to launch soon.