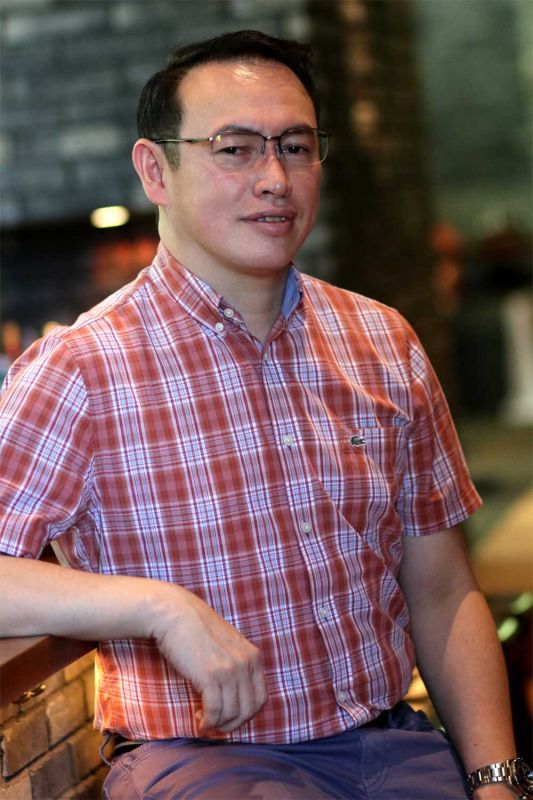 THEODORE Gilbert Ang has been working in Cebu since 2014, seeing to it that the Mandani Bay development project of HT Land would rise as envisioned. Born in Manila, where he also got his education, he earned his Bachelor of Science in Commerce major in Economics degree from the University of Santo Tomas.

Ang’s first job was as internal auditor of the Lucio Tan Group of Companies, among them Asia Brewery, Century Park and Philippine Airlines. For this, he did a lot of traveling in the Luzon provinces, including to far-flung barrios. He realized this kind of job was not for him so he quit after two and a half years. His next job was with Landco, developer of properties Punta Fuego and Canyon Ridge. This led him to other land development jobs: Filinvest for its house and lot subdivision projects and farm lots; SM Development Corp. for its property development group (hotels and condominiums), and finally HT Land for its Mandani Bay project which he hesitated to accept, at first, as it would take him away from Manila as he really likes the city life.

Finally coming to Cebu, he said: “I find Cebu a very interesting city because everything in a big city is in Cebu but in a smaller scale. If you’re an urban person, Cebu is the next best thing. I accepted Mandani Bay because it is a master plan development and I also like the challenge of exploring a new territory outside of Manila.” As project director, he sees to project development, sales and marketing, property management and leasing.

For development, Ang explained. “I have to see what to do with the project, what to offer, what is acceptable to the Cebu market and the price for it. It is work from ground zero until we do the launch. Leasing and marketing is related to development. We have a nice product but if we don’t have the market, it will not work. We must carry this message to our sales and marketing.”

“Mandani Bay,” Ang continued, ”is a world class lifestyle destination in Cebu. We found the perfect spot in Mandaue to put a master-planned community. We don’t sell land to ensure that the master plan is followed to the dot. You won’t see buildings placed side by side. It is a 20-hectare land where we will put up only 21 buildings. It is a project where the owners are not only looking at the profit but also, they want to give something nice to Cebu. To maximize profit, the owners could have planned to build 40 towers but we are not doing that. We are also looking at the environment. We made sure that the wind will pass through Mandani Bay. We are offering something new to Cebu: Interconnected parking, interconnected retail, interconnected amenity deck for the residents.”

By April, when the first two towers will be launched, Cebu will get to see a glimpse of a fraction of what the Mandani Bay project is all about, and Ang—who has been so busy with the project in the past six years that he has not been anywhere else in Cebu except Mactan—will know that he has succeeded and that he has 18 more towers to build, and so many more years to savor life in Cebu.