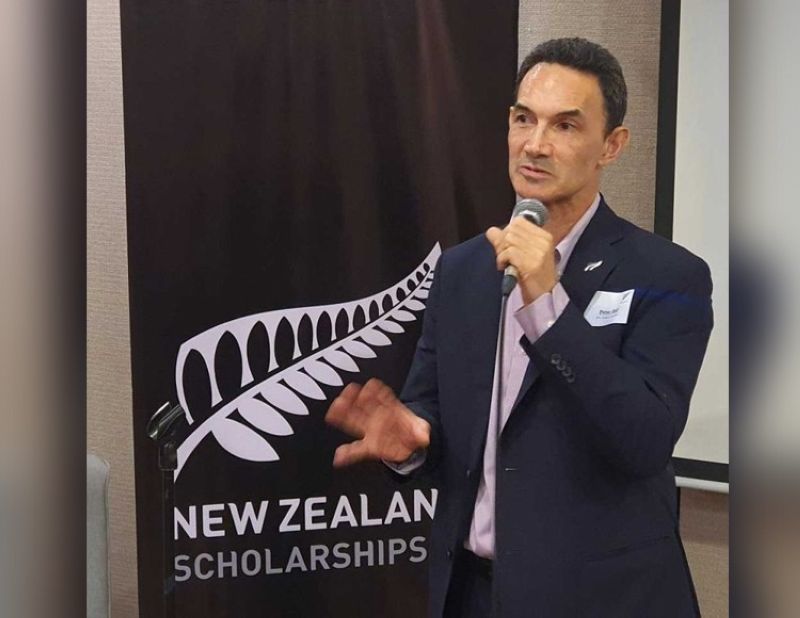 “My aspiration is to encourage more New Zealand companies to do business with Filipinos,” Kell said in an interview Thursday, Feb. 6, 2020, in his visit to promote a post-graduate scholarship program of their government to the Cebuanos.

The envoy said tourism is one area where the two countries can collaborate with each other through “technology transfer and business to business partnerships.”

Two-way trade is worth around NZ$1.38 billion.

Its top exports to the Philippines were dairy products, wood, paper and meat, which totaled NZ$833 million in 2019.

Aside from trade, Kell also noted the healthy people-to-people relationship between the two countries.

New Zealand is currently home to about 68,000 Filipinos working and living there, he said.

Aside from trade and tourism, the Kiwi government’s education aid is also a key factor to strengthen the two countries’ economic ties.

The New Zealand government has opened the application for its scholarship program, allowing Filipinos to pursue post-graduate degrees on specific areas of study.

Kell urged more young people from the Visayas to apply to the program.

Kell said New Zealand universities have been ranked among the top three percent of the best universities in the world.

“We’ve carefully selected these sectors to ensure that Filipinos receive some of the very best of New Zealand education. We are proud to be leaders and innovators in these industries,” he said.

He added the degrees in the priority sectors would equip future Filipino graduates in areas where they could contribute to Philippine development. (CSL)