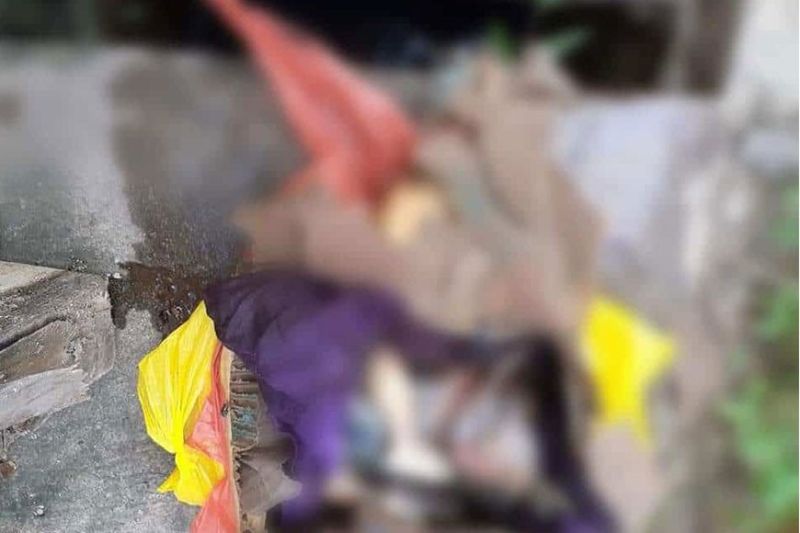 AUTHORITIES are conducting an investigation to determine the identity of the individual who left a dead newborn in Doña Mercedez Subdivision, Panacan, Davao City Saturday afternoon, February 8.

A report by the Sasa Police Station (PS4) stated that at 4:35 p.m. on February 8, their office received a phone call from Terso Mercado, a Police Auxiliary (PA), informing them about the dead infant.

Police investigators on duty and Women and Children Protection Desk (WCPD) personnel responded to the incident.

The body was discovered in front of the residence of a certain Gerardo Lanzo located at Block 12, Lot 15-17 by Pedro Brocka Cañas, 70, widower and resident of Block 14 lot 10, Doña Mercedez Subdivision, Panacan, Davao City.

Initially, Lanzo was cleaning the front portion of the house when he noticed a yellow plastic cellophane containing a carton box placed at drainage in front of the house.

To his surprise, he found the body which had started to decompose.

“Personnel of this office immediately conducted follow-up for any CCTV camera installed near the area that can possibly identify the person who left the baby. This office also coordinated with barangay Panacan in order to identify and monitor the residents who recently gave birth,” the report said.

The cadaver of the victim was brought to Rivera Funeral Parlor, for proper disposition while the police are conducting a follow-up investigation for the possible identification of the person who left the baby.