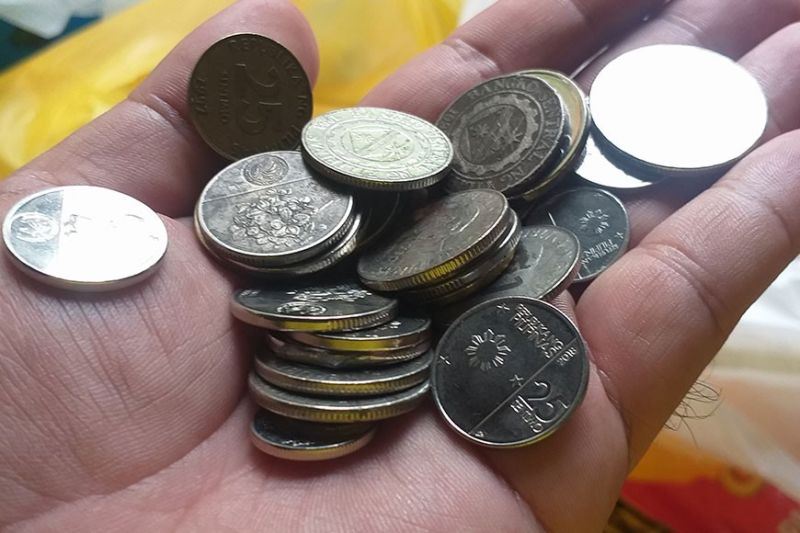 BACOLOD. The Bangko Sentral ng Pilipinas is urging Negrenses to recirculate coins, as it stresses that “hoarders” may be held liable for economic sabotage. (Photo by Erwin P. Nicavera)

THOUGH it is advocating the value of saving, the Bangko Sentral ng Pilipinas (BSP) has warned coin “hoarders” in Negros Occidental that they can be held liable for economic sabotage.

“We are warning those hoarding coins, especially the new ones, in the province,” she said, stressing that recirculating coins enables fast and easy transactions.

On February 6, BSP-Bacolod introduced the new P20 and enhanced P5 coins through a press briefing.

Initially, the central bank has issued two bags worth P20,000 each of new P20 coin to local banks.

For the enhanced P5 coin, 50 bags worth P375,000 are already circulating in the province since January this year.

Both coins are the latest of the New Generation Currency (NGC) coin series with new P20 coin as the biggest in terms of size and value.

Randy Bolves, senior research specialist of BSP-Bacolod, said under Republic Act 7653 or the New Central Bank Act, the BSP is allowed to recall or replace the coins if these are already 10 years older.

Bolves said this is also to deter “hoarders” because some contents of the coins preceding the NGC were extracted.

“NGC coins are purely steel, nickel plated steel, so if you tried to hoard these it does not have other value,” he added.

For BSP-Bacolod Bank Officer II Dorie Mae Cañeso, there are those who are not really “hoarders” but savers instead.

Cañeso said though there is nothing wrong with saving, the BSP is giving the public an option to exchange it to banknotes and deposit in banks.

“We have enough supply of coins but these should be recirculated,” she said, adding that not circulating the money would result in non-exact change during purchase transactions that might disadvantage most of the time the buying public.