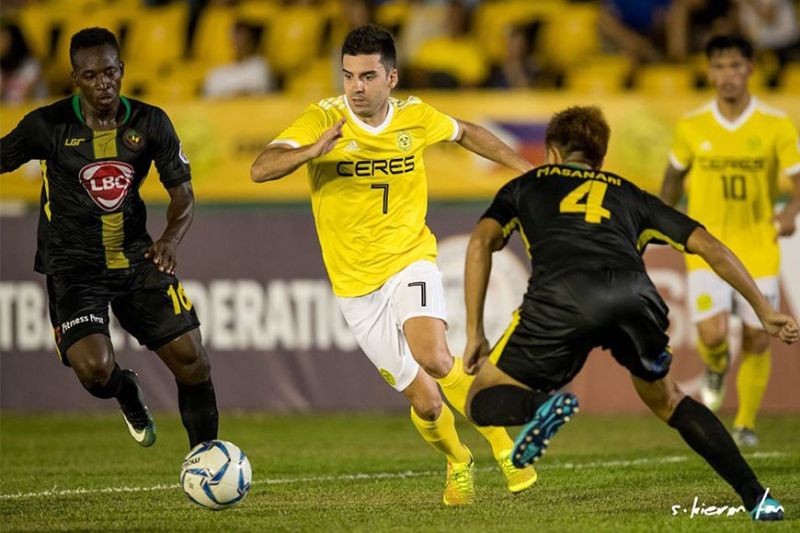 PHILIPPINES Football League champion Ceres Negros FC is back on the pitch after their exit in the 2020 AFC Champions League tournament with an opening game in the 2020 AFC Cup Group G against Cambodia’s Svey Rieng FC tomorrow, February 11, at 7:30 PM at the Rizal Memorial Stadium.

For Busmen top striker Bienvenido Marañon they have a great motivation following their tough match against FC Tokyo in the ACL. “AFC Cup is our favorite competition, and we are ready and focused to do a great run this year,” he said.

“The experience we have in the ACL was good for us because it helps us to get our confidence, get fit, and recover the winning spirit that we have before,” he added.

It was recalled that the Busmen had a tough season last year in the AFC Cup where they failed to qualify for the Zonal semi-finals after a 1-1 draw in Panaad Stadium and were defeated by the Vietnam Club Hanoi FC (2-1) in a total score of (3-2).

This year they are grouped with Vietnam’s Than Qu?ng Ninh and Indonesia’s Bali United.