WHO debunks speculations on 2019 novel coronavirus 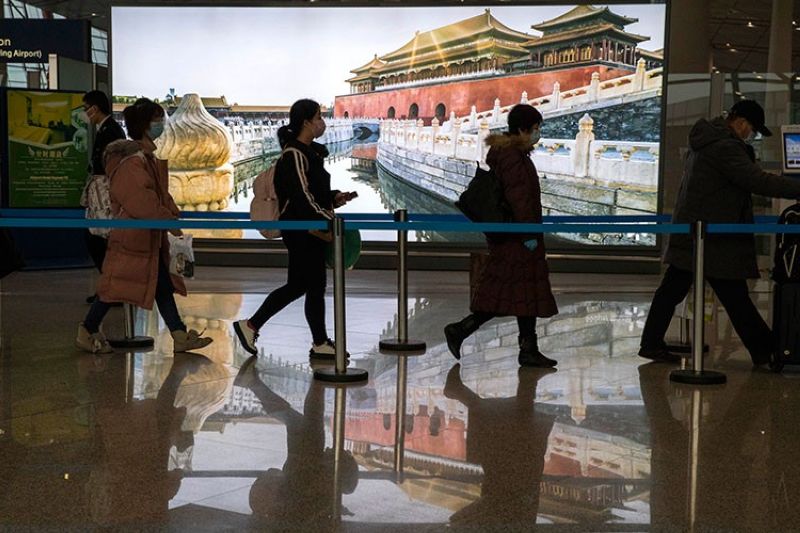 CHINA. Passengers wearing mask for protection arrive at the airport in Beijing on Sunday, February 9, 2020. (AP)

There have been several speculations that the virus will not spread as summer approaches in the northern hemisphere.

“The 2019-nCoV has spread to countries with both hot and humid climates, as well as cold and dry. Wherever you live, whatever the climate is, it is important to follow precautions,” the WHO Philippines posted in its official Facebook page.

The WHO said even if it is important to always hydrate with water, drinking water will not prevent nCoV.

The outbreak has infected more 37,500 people globally, based on an Associated Press report. It has also killed more than 800 people mostly in mainland China, with its epicenter in Wuhan City in central Hubei province.

The WHO also debunked the myth that drinking alcohol prevents infection.

“Alcohol should always be consumed in moderation and people who do not drink alcohol should not start drinking in an attempt to prevent 2019-nCoV infection,” it said.

It also said regularly rinsing the nose with saline will not stave off the disease.

On Sunday, Feb. 9, 2020, 30 Filipinos, including one infant, arrived at the Clark Air Base from the virus-stricken city of Wuhan.

The repatriates were immediately brought to the Athlete’s Village in New Clark City in Capas, Tarlac for the mandatory 14-day quarantine period.

In a statement, the Department of Foreign Affairs (DFA) said the repatriates were brought home on board a chartered plane that landed at the Haribon Hangar Sunday morning.

A 10-member repatriation team accompanied them. The team included two representatives of the Philippine Consulate General in Shanghai, three personnel of the DFA Office of the Undersecretary for Migrant Workers’ Affairs, and five medical team members from the Department of Health (DOH).

“This past week, two representatives from the Consulate General in Shanghai had to hurdle several border provinces’ clearances along their arduous two-day land travel to Wuhan City to coordinate with the Filipino community and the Foreign Affairs Office in Hubei province,” the DFA said.

The Philippine government had called on Filipinos in Hubei who wish to be repatriated to coordinate with embassy officials.

The team from the DFA office in Manila flew to Wuhan Saturday night, Feb. 8.

According to the DOH website, as of Sunday noon, Feb. 9, 240 persons under investigation (PUIs) were admitted nationwide, 15 were refused admission, 24 were discharged and two died of other causes.

Of the three 2019-nCoV positive cases, one is still confined, one has been discharged and one died.