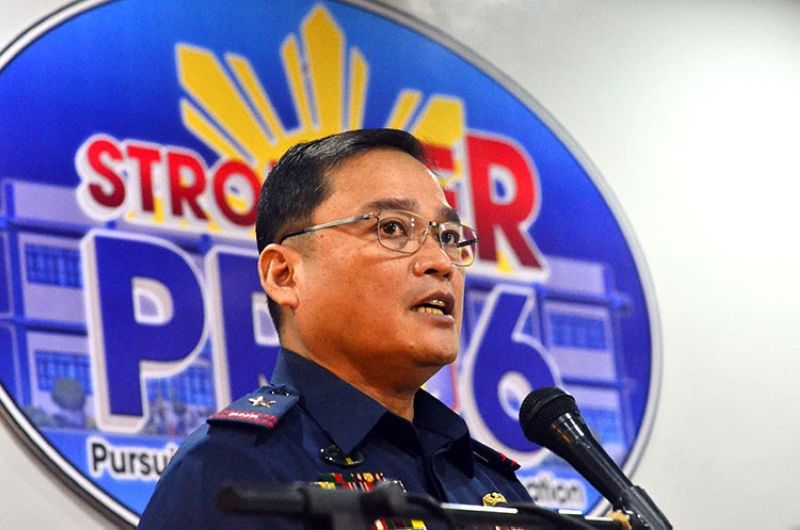 THE Police Regional Office (PRO)-Western Visayas has directed all the provincial and city police directors to go on full-scale operations against illegal gambling in the region.

PRO-Western Visayas Director Police General Rene Pamuspusan also warned people who would use his name in illegal gambling operations that they will be arrested.

"If somebody would dare use my name, saying that I allowed them to operate or collect for me, arrest all of them," he said during Monday's (February 10) press conference in Fort San Pedro, Iloilo City.

He called the press conference to announce that he declared a "no take policy" on illegal gamblin.

"This is to reiterate the guidelines of the Chief PNP (Philippine National Police), Police General Archie Francisco F Gamboa. As your regional director, I am setting the example in this no take policy," Pamuspusan said.

"To PRO 6 (Western Visayas) personnel, those who will be proven to have violated this policy will be charged appropriately and will face the consequences of their actions. As I always emphasize, hindi na kayo mga bata na kailangan pang paalalahanan (you are no longer children who need to be reminded). As police officers, we must be responsible of our actions," he said.

Based on evaluation conducted by the PNP national headquarters, the PRO-Western Visayas is one of the top performing regions in terms of operational accomplishments.

On illegal gambling, for January 2020 alone, the PRO-Western Visayas arrested 355 individuals in 100 operations.

"Satisfying indeed, but we have to deliver more and with this pronouncement, we hope to see improvement in all units' performance," Pamuspusan said.

Recently, the police units have launched the focused police operation "Birada Semana" to boost their performance.

From February 1 to 7, the PRO-Western Visayas netted 68 drug suspects in 53 anti-illegal drug operations.

On the campaign against loose firearms, 10 operations were conducted, resulting in the arrest of 10 personalities.

On the campaign against illegal gambling, 26 operations were conducted, resulting in the arrest of 90 individuals.

"It is also worthy to mention that our efforts are all paid off and we are on the right track in terms of our crime prevention efforts as evidenced by our continuous drop in crime incidents," Pamuspusan said.

"Our campaign will not be successful without the support of the community and stakeholders. Therefore, I enjoin the public to report to me directly all illegal gambling activities in your areas through the RD's Hotline Number (0998-967-3651) posted in all police stations region-wide or send your reports via our official Facebook Page (Police Regional Office 6). I assure you that all the information received will be properly investigated and your identity will remain confidential," Pamuspusan said.

He said this is to show that the PRO is serious in its fight against all forms of illegal activities. (SunStar Philippines)