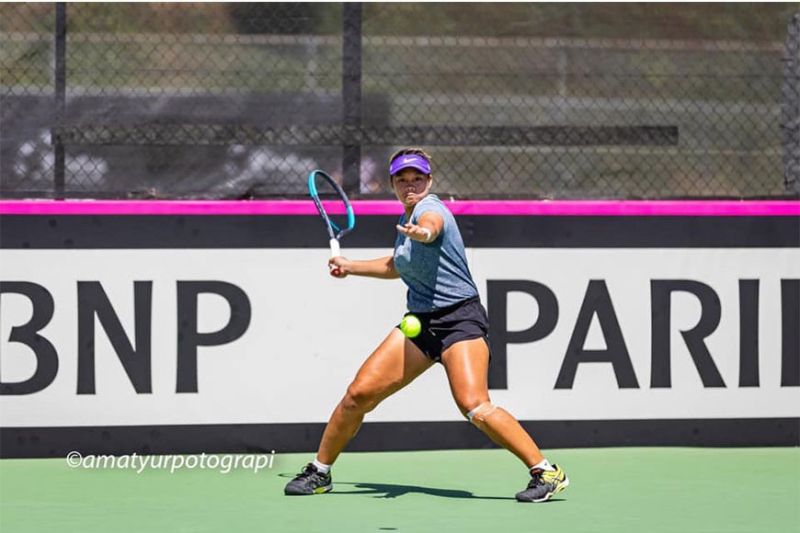 NEW ZEALAND. Shaira Hope Rivera makes her debut in the FedCup as Team Philippines settled for runner-up honors behind host country New Zealand in the Group 2 Asia/Oceania Zone B over the weekend. (Amatyurpotograpi/Shaira Hope Rivera Facebook)

PHILIPPINES Shaira Hope Rivera and Marian Jade Capadocia lost the play-off final, 1-2, of their FedCup Group 2 Asia/Oceania Zone B match against host country at the Renouf Tennis Centre in Wellington, New Zealand over the weekend.

Ivanov was up, 5-2, but Rivera rallied to force a deadlock at 5-all. The former outlasted the latter to seal the first set. Ivanov then kept the momentum in the second to easily wrap up the match.

However, Rivera and Capadocia combined forces to overcome Emily Fanning and Kelly Southwood, 6-3, 4-6, 11-9 in the doubles.

FedCup newbie Rivera, an AB English Literature sophomore at the Ateneo de Manila University, on her Facebook post, said: “Had a great week here in Wellington, New Zealand with my team. We did our best, played our hearts out and blissfully made it to the finals. Our heartfelt gratitude to our Filipino friends here in New Zealand for supporting us, and our friends back in Phil who as well showed their support by encouraging us with words and prayers. Thank you, Philippine Tennis Academy for helping me to be prepared in this tournament. Coach Ken Salvo, Jun Toledo, Tito Tonico, tito Andy Maglipon and Tito Rommie. Thank you, Everyone!”

Rivera, who studied at Sta. Ana National High School in Davao City after her birth place then Compostela Valley was hardly hit by Typhoon Pablo, and Capadocia both competed in the 30th Southeast Asian Games in the Philippines.