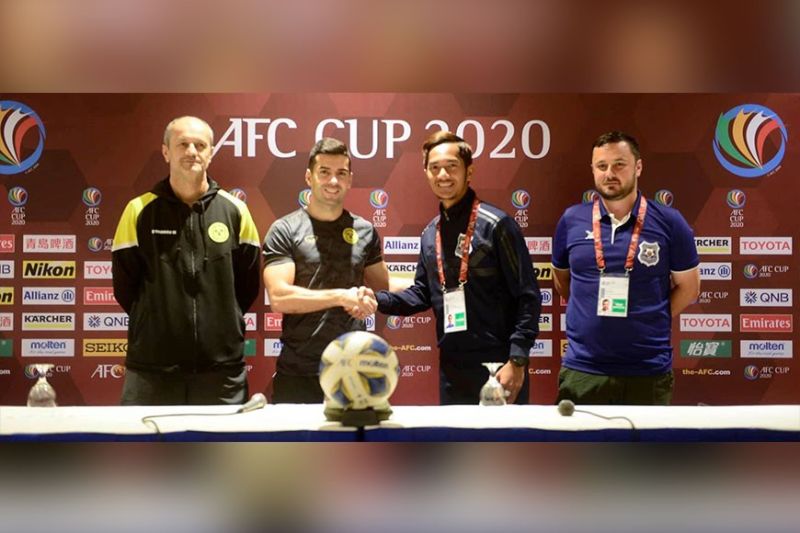 THE Ceres Negros FC of the Philippines will face Svey Rieng of Cambodia at 7:30 p.m. Tuesday, February 11, for their first game in the 2020 AFC Cup at the Rizal Memorial Stadium.

The Busmen who are playing away from their home in Bacolod City due to unavailability of the Panaad Stadium hopes to capitalize on its advantage at the RMS which able to drew 4,000 crowd during the AFC Champions League preliminaries.

For Ceres FC coach Risto Vidakovic, the strong start could spell the difference for the Filipino club as only the Top 2 teams in the group will advance to the zonal semifinals.

“There are no secrets when we play because the information is always available so we have to focus on our strengths,” he said. “It’s a really tough group again for us, so the players really have to raise their level. Playing at home hopefully gives us a good start,” he added.

Returning midfielder Manny Ott said that he feels good to be back home. “I’m just trying to settle in the last few days, but I’m looking forward to the match.” Ott was sidelined by a shin injury for the majority of last season when he was in Thailand.

The Busmen will also host Than Quang Ninh of Vietnam on Feb. 25 in their second home match and Indonesian champion Bali United on March 11. (JSG)