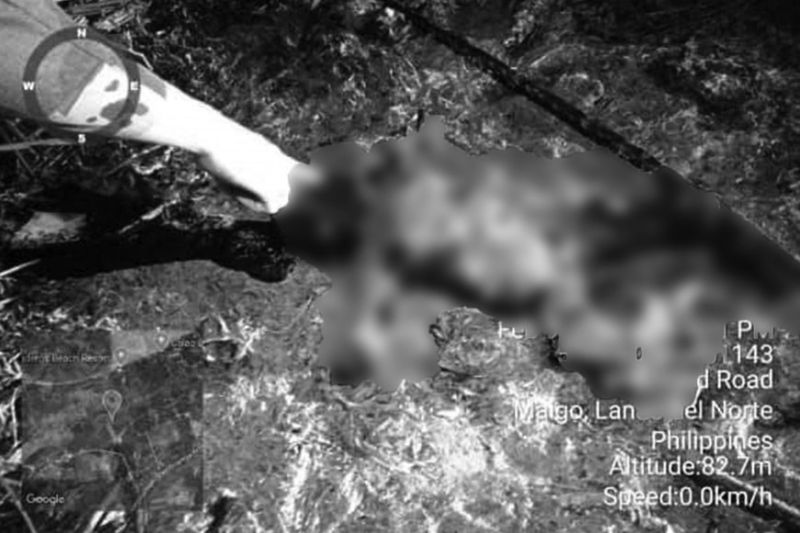 CAGAYAN DE ORO. Police recovered the body of the 2-year-old boy who was burned by a drunk man in Maigo, Lanao del norte. (PRO-10 photo)

POLICE arrested a farmer in a hot pursuit operation after he allegedly burned a two-year-old boy in Maigo, Lanao del Norte on Sunday, February 9.

The victim was identified as Romnick Balde while the suspect was known as Florencio Curay, 55.

Initial investigation disclosed that around 5 p.m., the drunk suspect and the victim’s mother Janet Balde, who was believed to be mentally challenged, quarreled over his lost money.

The suspect claimed that his money was stolen by Balde.

When the suspect got angry and irritated, he dragged the boy and his mother into the grassy portion of the road nearby.

The mother managed to escape and call for help but no one listened because of her mental condition.

The suspect is now detained and will face charges.