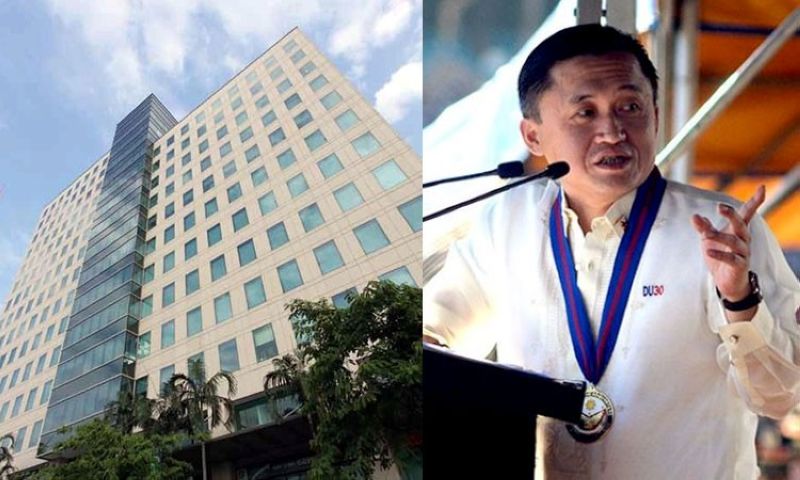 Presidential Spokesman Salvador Panelo could now say it happened. Last Friday, February 7, when Panelo announced it, it did not yet happen.

But the termination takes effect 180 days from the sending of the notice, barring any change of mind.

Is America now quaking in its boots?

[2] BONG GO BEING EVERYWHERE. President Duterte had teased Senator Bong Go, saying "maybe he wants to be president because he goes to all the fires." It's too obvious ("Halata man masyado"), Duterte said. The last time did something similar to his "go-for" aide, Bong Go became a senator.

Law is what SC says

Legal experts are voicing out their opinion on the move of Solicitor General Jose Calida: (1) wrong lawsuit, shouldn't be "quo warranto" petition; and (2) wrong venue, shouldn't be the Supreme Court.

Thus, the lawyers say, they should've been filed with Securities and Exchange Commission (SEC), with regard to violations of the corporation law, and National Telecommunications Commission (NTC), on violations of broadcast rules. Not with the Supreme Court.

Don't say Calida erred this time. Wait for the Supreme Court ruling. The law is what the SC says it is and the high court is ________. Fill the blank.

[1] It preempts and supersedes the power of Congress to decide on the issue of extending the life of ABS-CBN franchise. This may be more about the executive department's courtesy to a co-equal branch of government than legal right. A number of legislators may be prompted to support the franchise bid out of pique over the "intrusion."

[2] It raises the issue of press freedom and responsibility, particularly because of the alleged partisanship of ABS-ABN in the 2016 presidential race and Duterte's wrath over it.

[3] Among some sectors of the public, it may be seen as presidential reprisal on dissent or personal sentiment in a public-interest issue.

If the House, where the bills to extend ABS-CBN's franchise originate, fails to act on the bill because of the summer break of Congress, the old franchise does not automatically expire. The pending bills are deemed still valid until the next regular session.

If the government wants an earlier shutdown, it must kill the bill before it adjourns this month. The network though has various legal remedies to put off the "execution." A law dean Tuesday (February 11) said ABS-CBN knows what those remedies are and is expected to take them.

Control put to a test

Being tested is the President's dominance of both houses of Congress. How much longer would the allies in the legislature, held together by the administration's "super majority," rally to its direction and command?

"Matagal pa," said a Cabinet official who believes big things would still happen before 2022, and they include ABS-CBN getting the ax.

A lot could depend on how the public would rally to the network's defense. If it would back Duterte, as it did on a number of major issues before, good-by ABS-CBN, or the broadcasting part of its business.

Many branches of the network's business are allied with broadcasting but many of them are not covered or don't need a legislative franchise.

Even as content-provider, ABS-CBN could still be a problem to Duterte or whoever he's support in the next election.