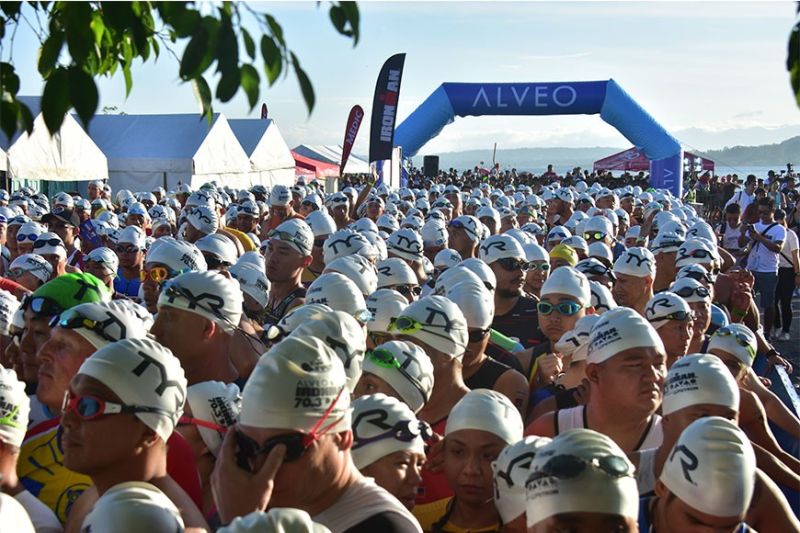 DAVAO. Organizers of the 3rd Alveo Ironman 70.3 Davao, in an official statement issued February 11, rescheduled the race from March 22 to May 10 due to the novel coronavirus (nCoV) scare. (File photo/Macky Lim)

POSTPONING the 3rd Alveo Ironman 70.3 Davao 2020 from March 22 to May 10 due to the 2019 novel coronavirus (2019-nCoV) scare was a joint decision of the City Government of Davao and organizer Sunrise Events, Incorporated (SEI).

SEI general manager Princess Galura, in a phone interview with SunStar Davao Tuesday, February 11, said, “The initiative came from the city government of Davao if we can find a later date. A lot of people looking forward to it. So we checked the water, tide and venue partner as well as with Ironman global if May 10 is possible. Everything just fell into place.”

Organizers Tuesday issued a statement on Alveo Ironman 70.3 Davao Facebook page, saying, “As has been well publicized, the World Health Organization has declared a public health emergency of international concern as it relates to the coronavirus outbreak. With athlete safety being a primary concern and in alignment with the recent Department of Health (DOH) advisory and Davao City Mayor Sara Z. Duterte, Ironman officials have decided to postpone the Ironman 70.3 Davao triathlon to 10 May 2020. Athletes (who) are registered for the event will receive an e-mail with further details.”

It added, “We recognize the disappointment this may cause but (we) greatly appreciate our athletes’ understanding with this challenging and evolving situation.”

Galura said even before the postponement, some triathletes from Australia, Singapore, Japan, Hong Kong, Singapore and Thailand already reached out to them as their governments are not allowing them to travel.

“Thank God di pa sila nakabili ng ticket as they are prohibited to fly,” she said. The SEI, according to her, had purchased their plane tickets already for the supposed March 22 event but they will have to rebook it.

She reiterated that since the postponement was government-led, they have to follow. Galura continued that a lot may be disappointed, “but it is for the greater good”.

Veteran Davao City swimming coach Haroon Cali, who registered to join the Ironman 70.3 relay team event, said he’s okay with the rescheduling as safety is always first. If it will have to push through as scheduled, Cali said a lot of triathletes, particularly from abroad, might eventually cancel their participation.

However, Antonio Guarino, Jr. said he wasted his air ticket for Singapore-Davao-Manila-Tacloban-Singapore. “This cost me a lot,” he said. But the Alveo Ironman 70.3 Davao Facebook administrator apologized to him, hoping for his understanding as they just want protect the participants from nCoV.