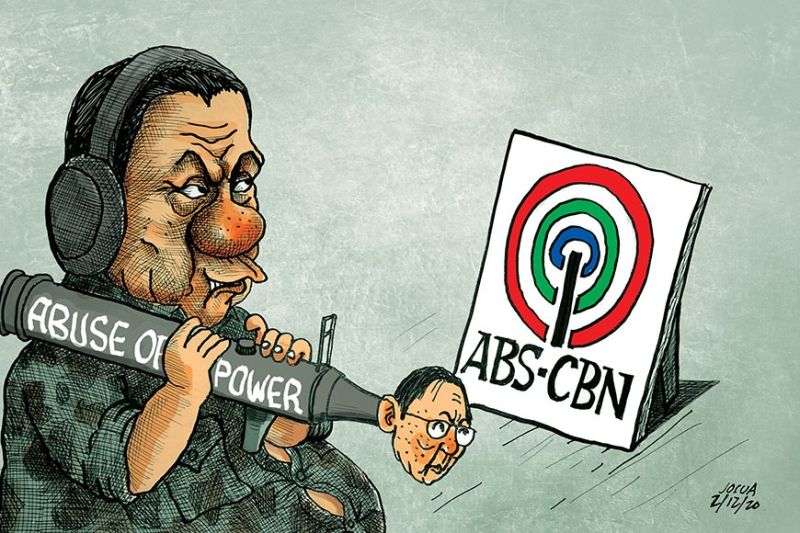 THE Office of the Solicitor General (OSG) has filed a petition for quo warranto at the Supreme Court to forfeit the legislative franchise of media giant ABS-CBN Corp. and its subsidiary ABS-CBN Convergence, Inc.

It cites “highly abusive practices” that have “gone unnoticed or were disregarded for years,” said Solicitor General Jose Calida.

He said the media firm, more than broadcasting for a fee, a practice beyond its franchise scope, has been allowing foreign investors a good share of its ownership, a violation of the Constitution, which restricts foreign interests of mass media.

“ABS-CBN abused the privilege granted by the State when it launched and operated a pay-per-view channel in ABS-CBN TV Plus, the KBO Channel, without prior approval or permit from the National Telecommunications Commission. While it is true that broadcasting is a business, the welfare of the people must not be sacrificed in the pursuit of profit,” said Calida in a statement.

The OSG’s petition can proceed independently should legislators, on the other hand, decide to take action on the number of franchise bills now pending in both chambers of Congress. They may defer tackling the bills and wait for the Supreme Court decision on the quo warranto petition. Or they can take it up and submit to the floor the same grounds the OSG cited in its petition.

But these are two different moves. The OSG intends to cause the forfeiture of the franchise while Congress, pursuant to its legislative powers, may either renew or drop the whole request altogether.

While the public holds its breath for whatever comes after Calida’s action, Malacañang wants us to believe it has nothing to do with whatever legislative or judicial action now taken against ABS-CBN. We expected a subtler insult, because for years now, since President Rodrigo Duterte was shoved to power in 2016, he’d been all fire against the media firm for not airing his campaign advertisements. He’d been breathlessly hurling diatribes against ABS-CBN, openly threatening to flex all his might for the non-renewal of its franchise. We get the message; it’s thoroughly personal and these legal nitpicking may be nothing but an assault. If the media giant had been critical of the administration, then it’s an act of silencing critics—a habit, we understand, of despots.

The broad stroke is the one that roused media organizations and civic groups into action—the chilling effect this will bring to press freedom. Let’s not kid ourselves, it is an assault on critical press. It is an offensive waged by those who are rendered uncomfortable by the presence of watchdogs.