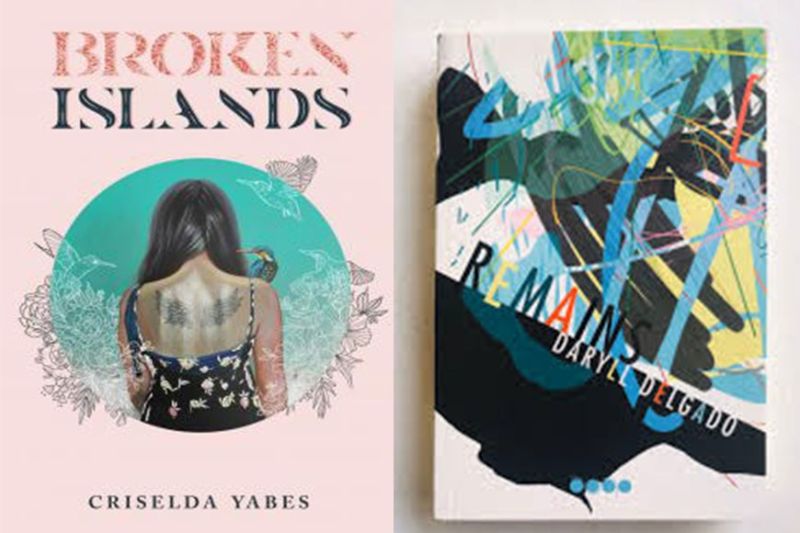 THE Cebuano Studies Center, in cooperation with the Ramon Aboitiz Foundation Inc. (Rafi), will launch two books at 3 p.m. on Saturday, Feb. 15, 2020.

The event will be at the Casa Gorordo Museum in Barangay Parian, downtown Cebu City. It is called “Storms of Language in Novel Writing: A Joint Book Launch at Casa Gorordo.” This launch brings together for the first time in Cebu two novels published in 2019 that explored the aftermath of Typhoon Yolanda: “Broken Islands” by Criselda Yabes (Ateneo de Manila University Press) and “Remains “by Daryll Delgado (Ateneo de Naga University Press).

During the launch, writers Jeneth Borlasa, R. Joseph Dazo, Erik Tuban, George Borriňaga, Jason Baguia and Louella Alix will discuss with the authors the state of writing and literature in the country, as well as current events.

Yabes is the author of eight books, including “Sarena’s Story: The Loss of a Kingdom,” which won the University of the Philippines (UP) Centennial Literary Prize for Creative Nonfiction.

Her novel “Crying Mountain,” (originally titled Below the Crying Mountain), also won the UP Centennial Literary Prize for Fiction. It was longlisted in the 2010 Man Asian Literary prize and has been republished by Penguin Books.

A journalism graduate of the University of the Philippines in Diliman, she worked as a correspondent for the international press in Manila, covering politics and coups as well as other major events overseas, according to www.penguin.sg.

Yabes’ novel “Broken Islands” tells the story of two women—the free-spirited law school dropout Luna and Typhoon Yolanda survivor and house help Alba—and their relationship with each other and the Cimafranca family of Borbon, Cebu. With both women coming from different experiences, classes and regions, the novel delves into issues of class, gender inequality and the trauma that tragedies—both natural and man-made—can leave to us.

Daryll Delgado’s first book, “After the Body Displaces Water,” won the thirty-second Manila Critics Circle/Philippine National Book Award for best book of short fiction in English, and was a finalist for the 2013 Madrigal-Gonzalez First Book Award. She also received a Philippine Free Press award for her fiction in 2010. She has received writing residencies in Australia, Spain and the Philippines, and holds degrees in journalism and comparative literature from the University of the Philippines in Diliman, according to wordswithoutborders.org.

Her novel “Remains” is set in her hometown of Tacloban, and introduces the reader to several characters who each represent different sections of a post-Yolanda society.

The registration will start at 2:30 p.m. on Saturday, Feb. 15. The event is free and open to the public, and copies of the two novels will be sold for a special launch price.

For inquiries, contact the launch coordinator, Charles Dominic Sanchez, through email cebuanostudiescenter@gmail.com or cd.sanchez91@gmail.com, or through landline (32)2300-100 local 308. S