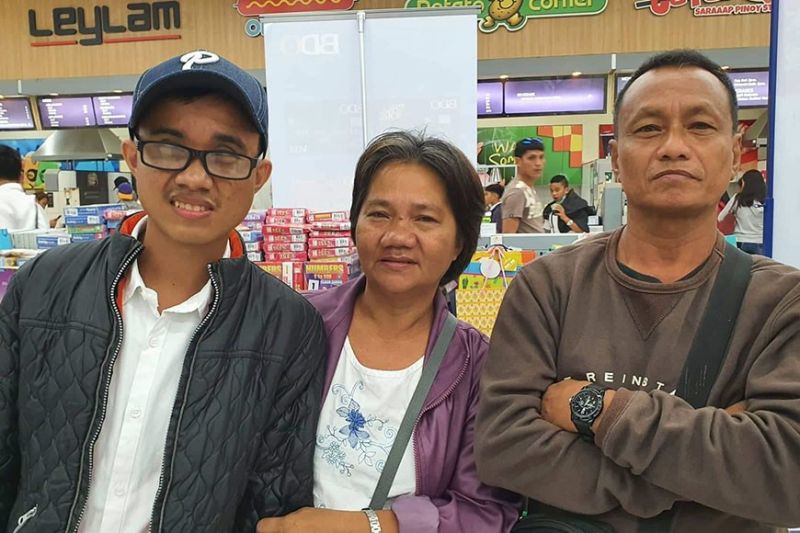 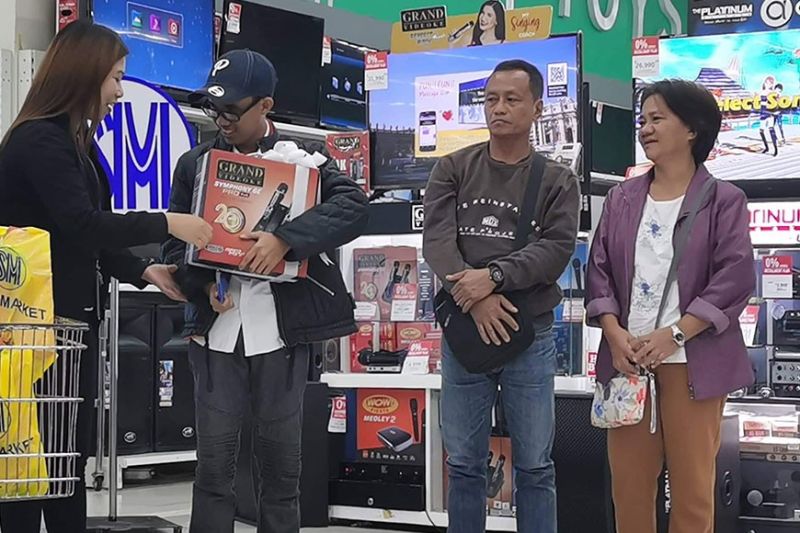 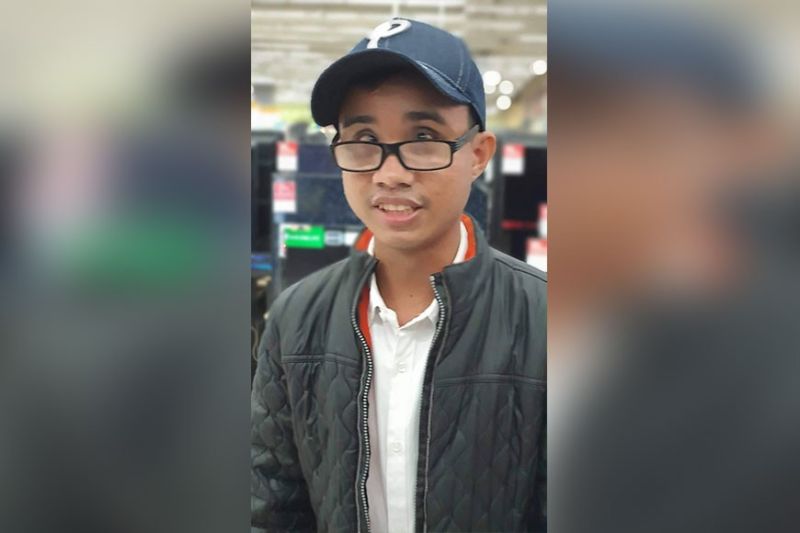 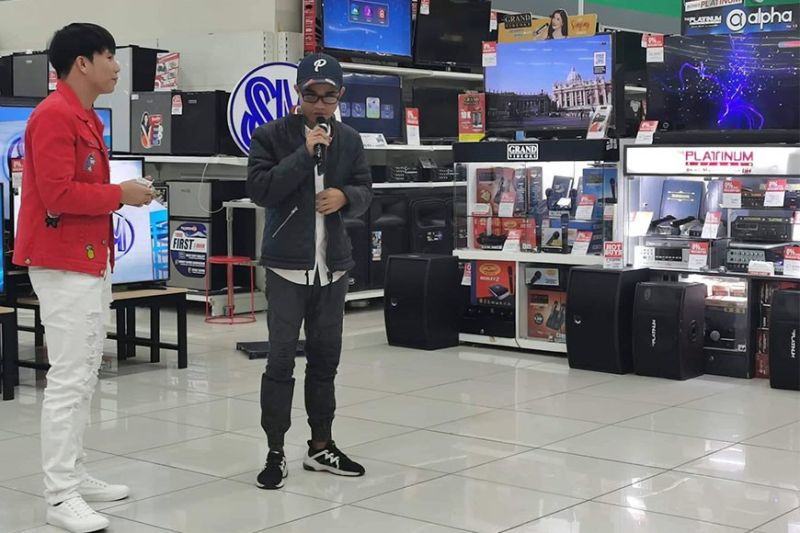 BACOLOD. Montecido is being introduced by program host Erneil Garfin for another performance of Sam Smith’s iconic song “Too Good at Goodbyes” at the same spot where he first sang publicly the said song. (Photo by Carla N. Cañet) 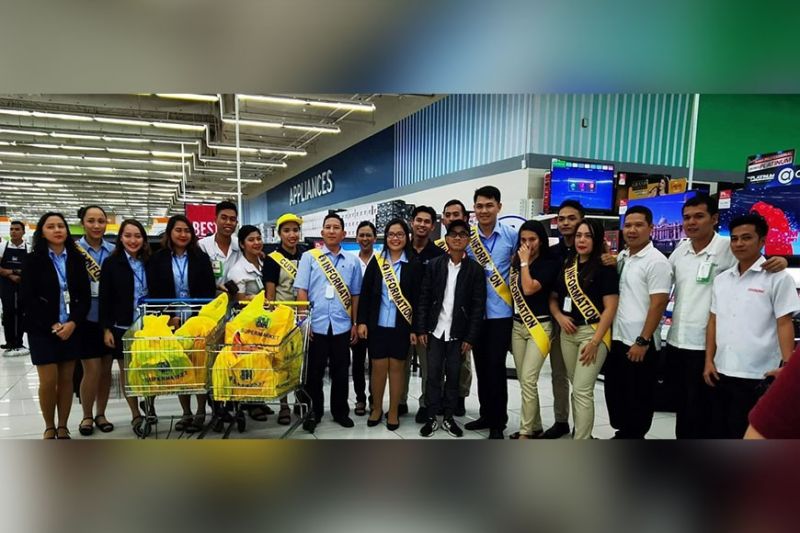 BACOLOD. Carl Malone Montecido is with the SM officials and employees. (Photo by Carla N. Cañet) 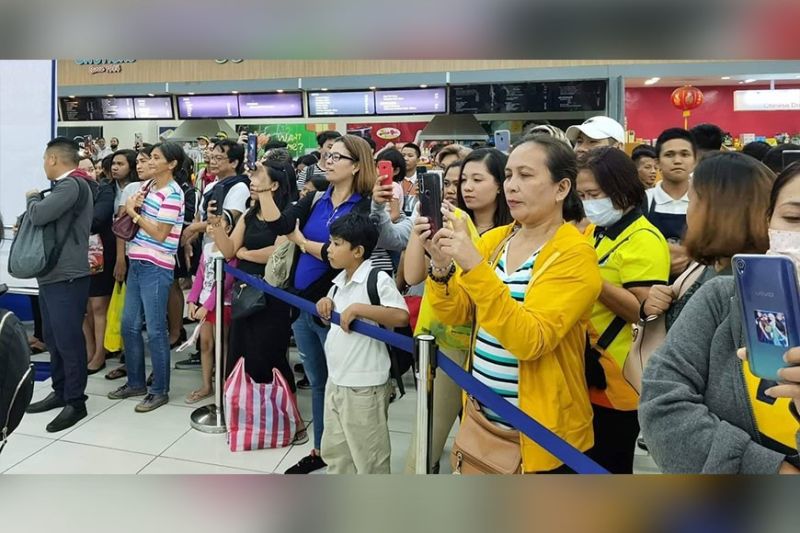 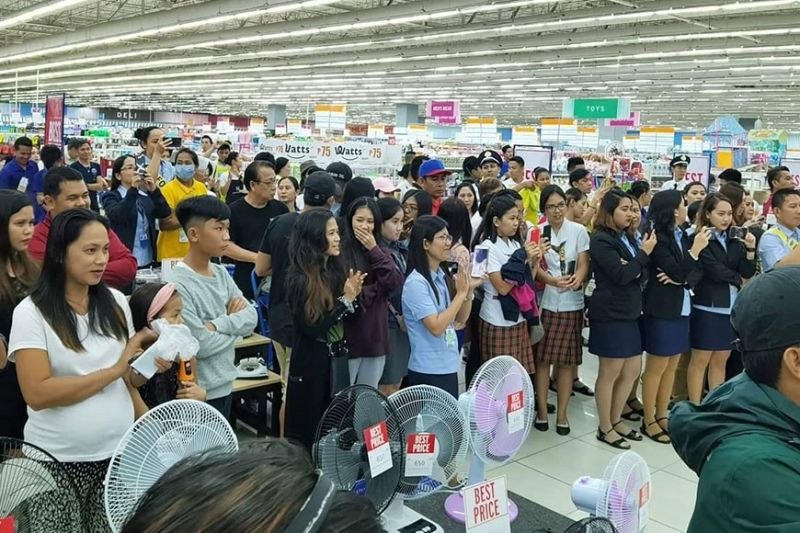 AN EXTRAORDINARY blind balladeer Carl Malone Montecido, a Bacolodnon, never anticipated that he will become popular after he unmindfully sang “Too Good at Goodbyes”, one of the iconic songs of Sam Smith, inside SM Bacolod grocery in Bacolod City.

His rendition of the song went viral after someone posted it on social media which captured Sam Smith’s attention. The video has reached 11.7 million views, 283,000 retweets and one million likes as of Tuesday, February 11.

Carl Malone’s popularity rested for a while after he joined ABS-CBN’s Showtime’s “Tawag ng Tanghalan” in 2016 and emerged as top 5 winner and GMA Network’s “Clash” but got eliminated in the first round.

He’s 21 and still very hopeful that his singing career will achieve greater heights, not only locally and nationally but internationally.

On February 10, SM Bacolod mall officials invited Carl Malone to go back to the very spot at the grocery area where he sang anew, “Too Good at Goodbyes,” and also his own rendition of the “Exchange of Hearts” by David Slater.

People inside the mall again sighted him and watched him perform. He was applauded by the crowd as well as mall personnel. In return, the blind singer was given surprise presents such as two big carts of groceries, brand new Grand videoke symphony pro plus, and SM gift certificates. He was with his parents Ferdinand and Divina.

Carl Malone could not believe that he was given another chance to get international attention by Sam Smith and later by American singer and song writer Kelly Clarkson as well as by the American comedian, show host, actress and writer Ellen DeGeneres who showed interest in inviting him to her popular show.

Carl Malone has confirmed he got invited but there was no finality yet.

He was very grateful for the positive turn of events in his career and said visual impairment has not impeded his gift of singing.

This is a good example to those with physical impairment that they can also reach their dreams despite their disabilities.

Carl thanked God for this gift and prayed that he will reach his goal of getting into the international scene.

He started singing when he was seven years old. He is visually impaired since birth.

He said, “My expectation before was only for a local exposure but who can think that a guy like me, a visually impaired person, can reach that spot?”

Montecido thanked those who were instrumental in giving him another opportunity to be heard in singing.