No additional positive case of Covid-19 in Philippines 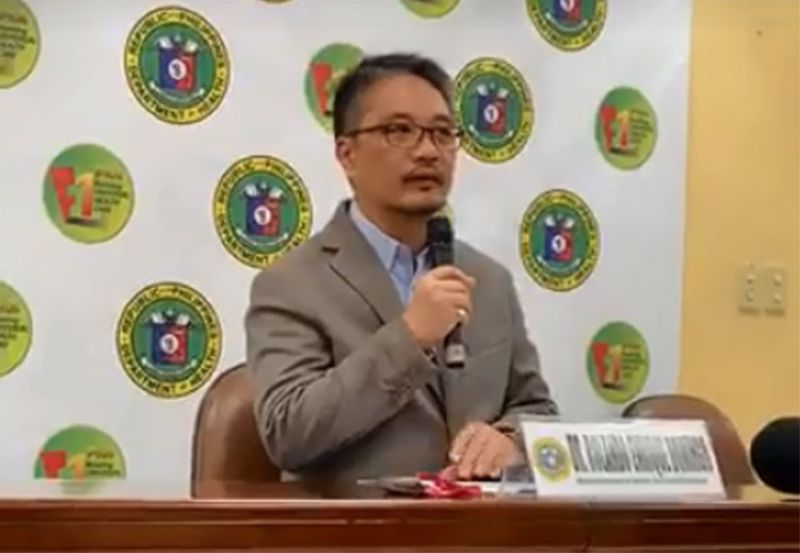 THE Department of Health (DOH) said Wednesday, February 12, that there is no additional positive case of novel coronavirus in the country but the number of patients under investigation (PUIs) has increased to 408 from 382.

DOH spokesperson Undersecretary Eric Domingo said 208 PUIs have tested negative for the new virus, and the department is awaiting test results for the 197 PUIs.

As of 12 p.m. Wednesday, February 12, only three positive cases have been reported.

Domingo said 238 PUIs have been admitted and isolated in different hospitals in the country, while 165 were already discharged.

He said the number of PUIs has increased due to the contact tracing being done by the Epidemiology Bureau (EB) and Philippine National Police (PNP).

Of the 246, at least 164 have been interviewed and 149 were placed on home quarantine, while 15 are showing symptoms of the new virus.

As to the first and second confirmed cases, Domingo said the EB and PNP-Criminal Investigation and Detection Group have identified 455 contacts; 277 of which were interviewed. Forty-four of the 277 were placed under investigation as they showed symptoms of the novel coronavirus.

Domingo said that this time, no one has refused admission.

The DOH also announced Wednesday that local transmission of the virus has been reported in other countries such as Singapore, Japan, Thailand, Hong Kong, Germany, France, Vietnam, South Korea and Australia.

With this, the DOH and other concerned agencies have been "preparing mitigation mechanism for the possibility of community spread."

"We are assessing the situation and crafting our own guidelines based on available evidence to combat the threat of the novel coronavirus," said Domingo in a press briefing.

He said the World Health Organization (WHO), which has renamed the disease caused by the virus to Covid-19 from 2019 novel coronavirus acute respiratory disease, has considered the virus as "high risk" both regionally and globally.

As of Wednesday afternoon, the viral outbreak that started in China has so far infected more than 45,100 people globally. Mainland China has 1,113 deaths among 44,653 confirmed cases, mostly in the central province of Hubei.

The other countries with confirmed cases are the following: