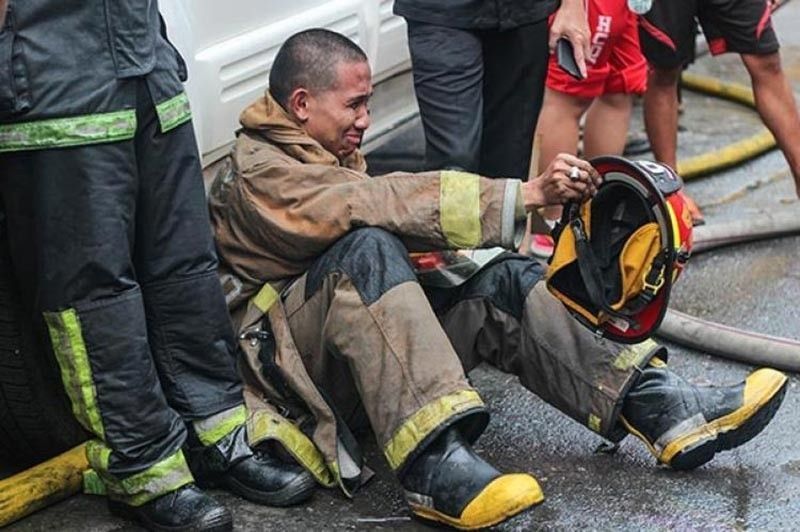 DAVAO. In this file photo, a fireman got hurt after a resident punched him in the chest in June 2019. (File Photo)

INTERIOR and Local Government Secretary Eduardo Año said on Wednesday, February 20 that all members of the Bureau of Fire Protection (BFP) will be issued firearms before 2020 ends.

In a statement, Año said arming the 29,286 members of the BFP is based on the directive of President Rodrigo Duterte to engage the firefighters in law enforcement particularly against criminality, illegal drugs, terrorism and violent extremism in support to the Philippine National Police (PNP) and the Armed Forces of the Philippines (AFP).

"Maintaining law and order is not an easy task. Despite the decreasing crime rate in the country, having the BFP's firefighters in our peace and order campaign is a boost and welcome addition in ensuring a safe and secure country," Año said.

"The BFP also does law enforcement functions because they enforce the Fire Code so they already have some experience in this regard... The BFP can help ensure public safety, as a support to the PNP and AFP but of course, their primary responsibility is still preventing and suppressing fire and enforcement of the Fire Code," he added.

Año said the BFP has already made a request with the Department of Budget and Management for the acquisition of 9mm pistols which will be distributed to each of its members.

However, before they will be issued firearms, firefighters will also take marksmanship and gun safety training to equip them with proper knowledge on proper gun handling.

Meanwhile, BFP Director Jose Segundo Embang said arming the firefighters will enable them to cope with the demands of the times.

Authorities said earlier that firefighters would usually engage in confrontation and trouble against the unruly residents especially when responding to fire incidents.

“Many times, responding firemen hesitate to enter a fire scene without sufficient security cover by their local police counterparts due to past incidents wherein angry mob attacked firemen at the fire scene out of frustrations,” he said. (SunStar Philippines)