Loveanog: The love potion of Boracay 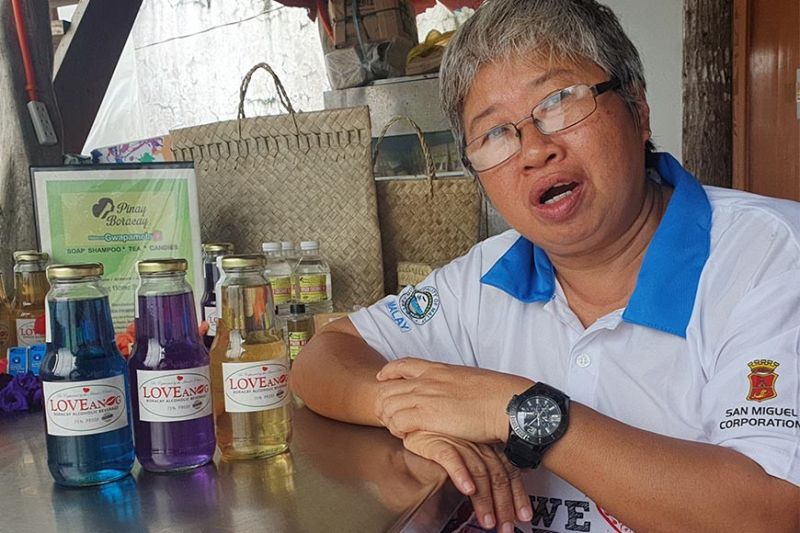 BORACAY ISLAND -- The Boracay Island Producers Cooperative (BIPC) has produced a love potion a person can use "to make someone fall in love" with him or her.

Desiree Segovia, BIPC president, said they call the product Loveanog, a fermented wine made from coconut and juice of tropical flowers such as hibiscus and blue ternate.

The BIPC has hundreds of female members who are mostly residents of Boracay.

"The Loveanog has been fermented and made through the help of a chemist coming from the University of the Philippines," Segovia said.

It is considered a love potion because whenever someone drinks it, he or she would have an appetite to eat. A person will not also feel a hangover after drinking it.

"At first, we try to make it for tuba, however, after our exploration of the product, we decided to use lambanog," Segovia said.

The ingredients used in the production of Loveanog came from the cooperative's organic farm.

The BIPC started to produce the Loveanog as their means of livelihood when Boracay was closed for six months for rehabilitation in 2018.

A bottle of Loveanog, which is 350 ml, costs P150. It has three flavors, namely: Blue Ternate Infuse, Gumamela Infuse, and Blue Ternate.

Last year, the BIPC received support from the Department of Science and Technology, Department of Labor and Employment, and Philippine Gaming Corporations, among others. (SunStar Philippines)